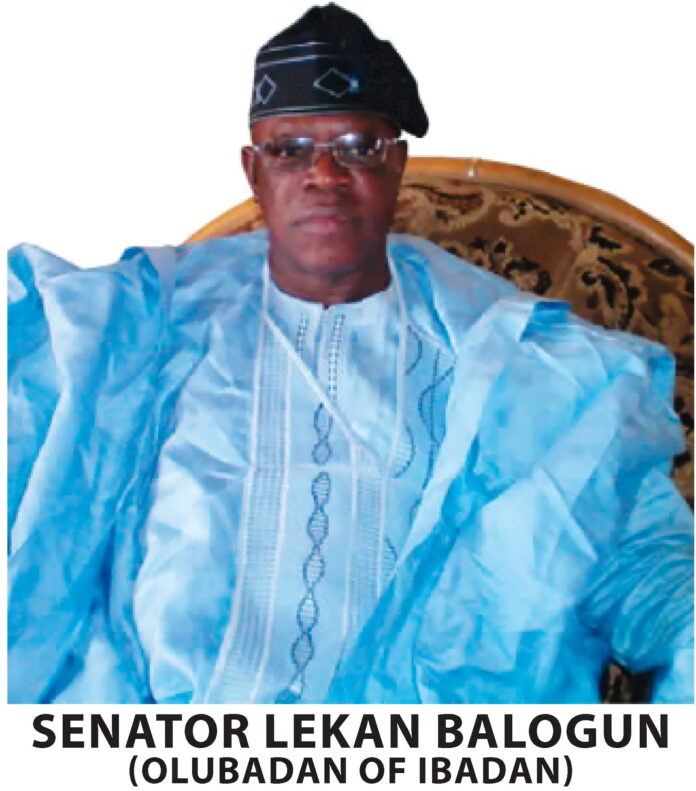 LEKAN BALOGUN was born in 1942 in Nigeria. Mr Balogun is from Ali-Iwo compound in Ibadan North East Local Government Area of the state.

After his primary education, Lekan Balogun was enrolled at CAC Modern School, Anlugbua. Then he was staying with one of his brothers, Late Hamzat Adewale Balogun, who was a civil servant but was studying privately for the General Certificate of Education, Ordinary Level ( GCE O’L). He was also subscribing to Rapid Result College in the UK to enhance his performance in the examination. But Lekan was secretly reading his brother’s correspondence which became very helpful to him when he wrote his qualifying test which was like ‘G4’ at the time. While in the second year of the three-year modern school programme, Lekan sat for the Qualifying Examination and passed.

Therefore, he left school without completing the programme. Armed with this certificate, he travelled to the UK where he studied for his O and A levels certificates while doing a part-time job to sustain himself all under 18 years of age. A highly cerebral student, gaining admission into the university was not a problem for him. In fact, he had the task of choosing from many offers after which he settled for Brunel University. He left the university in 1973 with a Masters degree in Administration and Economics.

Lekan Balogun, as fondly called, represented Oyo Central senatorial district between 1999 and 2003. Balogun, who was promoted from Mogaji to Ajia Olubadan a few decades ago, had earlier worked as a lecturer at Ahmadu Bello University, Zaria, Kaduna State. He worked with Shell British Petroleum Company where he had a very flourishing career and got promoted almost every year until he became the Head of Recruitment. As a Senator he was chairman of the Senate Committee on National Planning and was a member of many Senate committees such as Appropriations, Security and Intelligence, Police Affairs and Defence (Army).