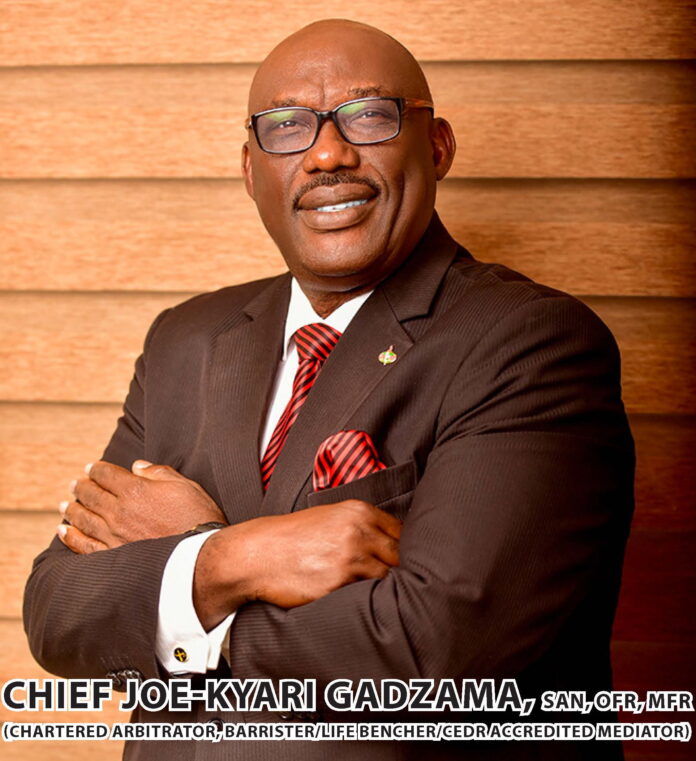 One of the Country’s highly regarded lawyers, he has for three decades been an external solicitor to several Merchant, Commercial, Development, and Industrial Banks; adviser to major multinational corporations, indigenous companies, organizations, and a network of high net-worth individuals in Nigeria. He was the lead Counsel to the Independent National Electoral Commission (INEC).

He is registered with the Securities & Exchange Commission (SEC), Abuja as a Capital Market Consultant and was a partner in the legal consortium of Legal Advisory Partnership (LAP), comprising foreign and indigenous lawyers charged with the responsibility of providing legal services to the Bureau of Public Enterprises (BPE), from April 2004 to July 2007. Aside from this very important assignment, he is a Legal Consultant to the Bureau of Public Enterprises (BPE), the Secretariat of the National Council on Privatization (NCP) – chaired by the Vice President of the Federal Republic of Nigeria.

J-K’s expertise is also valued internationally. His expert opinion on the nature of damages recoverable under Nigerian Law was sought in Toulouse, France in a Litigation filed in 2015 involving one of the world’s largest aircraft manufacturers.

He has been recognized by the Intercontinental Finance Magazine (ICFM) in 2015 as one of the 500 leading lawyers in the world and is also featured on “Who’s Who Legal” as an Arbitration Expert. He was appointed as Liquidator to wind up the Power Holding Company of Nigeria (PHCN) PLC and to also provide Legal Advisory Services for the winding-up process.

Due to his strong Anti-corruption record, he was appointed Chairman, Legal Team of Economic and Financial Crimes Commission (EFCC) and Chairman, National Working Group on the Rome Statute constituted by the office of the Hon. A-G of the Federation. Until recently, J-K was a Federal Commissioner/Board Member of the Infrastructure Concession Regulatory Commission of Nigeria (ICRC); Board Member, Diamond Pension Fund Custodian, and Board Member, University of Benin Governing Council.