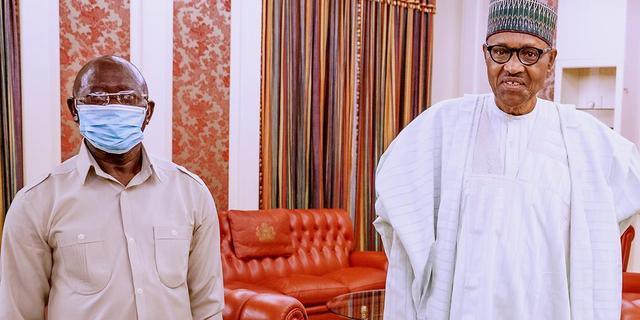 In a congratulatory message delivered on Sunday in Abuja, Mr. Femi Adesina, the President congratulated the former APC President on another milestone.

He saluted Oshiomhole’s salutary contributions to the development of democracy and good governance.

According to him, Oshiomhole’s leadership breakthroughs in various sectors will stand the test of time, deploying his time and strength for the good of working people and Nigerians as a labour leader, and accepting the call to politics to serve his state.

The president highlighted the strength of mind and experience of the former APC leader, willingly dedicating himself to the greater good of the country and acting as the voice of the voiceless in different branches.

As Oshiomhole turns 70 on April 4, 2022, the president prayed for his good health and continued service to God and humanity.