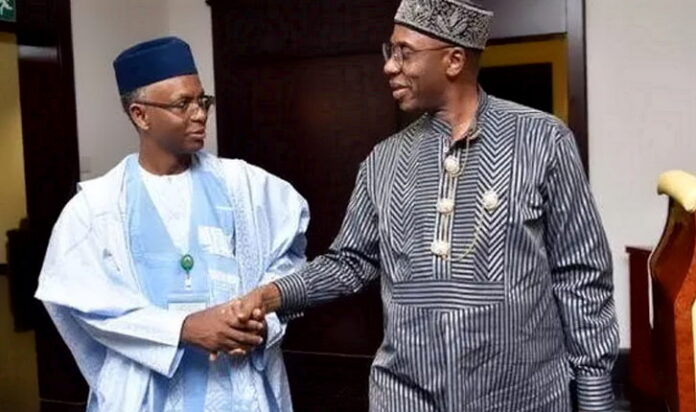 PEOPLES Democratic (PDP) said the statement by the Kaduna State Governor, Mallam Nasir el-Rufai and Minister of Transportation, Rotimi Amaechi confirmed its stand that the All Progressives Congress (APC)-led administration is allegedly involved in the recent train attack perpetrated by terrorists.
PDP in a statement by its National Publicity Secretary, Debo Ologunagba, Thursday, also alleged that the APC stalwarts know the whereabouts and plans of the terrorists ravaging the nation but deliberately refuse to act. Amaechi, during his visit to the scene where terrorists attacked the Kaduna-Abuja rail said
“we knew what the problem would be. We knew we needed to have digital security equipment. We applied for it, because if we had that equipment, you would see nobody on that track. And I warned that lives will be lost. Now, lives are lost”.
On his part, Mallam El-Rufai said, “We know where their camps are, we know where they are; the SSS have their phone numbers, they listen to them, and they give me the report. We know what they are planning. We shouldn’t be waiting for them to attack; why can’t we go after them?”
Based on the statement from Amaechi and Mallam el-Rufai said is troubling as they are unequivocal confirmation that APC leaders are allegedly in league with terrorists. The opposition party said ” it is not surprising that President Muhammadu Buhari insisted on retaining a self-confessed terrorist apologist, Dr Isa Pantami to continue to head the Ministry of Communication and Digital Economy which is indispensable in any meaningful fight against terrorism in the country.
The statement read “Nigerians will recall that the PDP has variously and consistently requested for a total overhaul and change of guard at the Ministry of Communications, which advice, like every other form Nigerians have ignored, arising from the culture of arrogance in failure of the APC.
“The fact that the Buhari-led government atrociously refused to act despite having full intelligence on the whereabouts, as well as the plans of the terrorists, confirms grave complicity and conspiracy against our nation at the very top level of the APC government’s security command and control coordination structure.
“It also confirms that the APC government has conceded sovereignty over a part of our country to terrorists who, as a former APC leader confessed, were brought from neighbouring countries by the APC as political mercenaries to rig the 2019 general elections”, the party added.