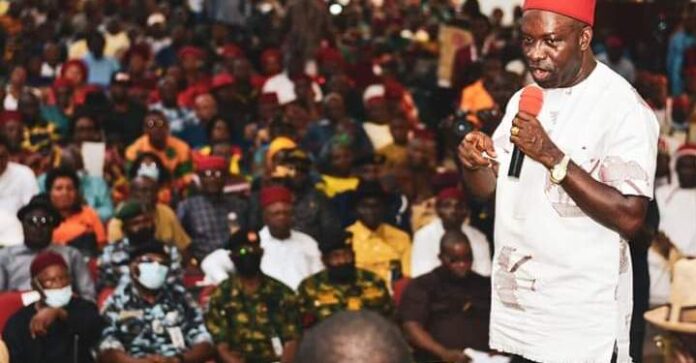 The Anambra State Governor, Prof. Chukwuma Soludo, has urged the people of the state to observe a one-day prayer session on Monday, to curb the activities of the gunmen terrorising the state and the South East region in general.

The governor said the prayer session slated to hold on Monday, April 4, 2022, at churches and other religious worshipping centres across the state was necessary to counter the evil attached to the Indigenous People of Biafra, IPOB sit-at-home order.

He explained that the prayer session would be against those hiding under the IPOB name to cause havoc in the state.

He implored citizens and residents in the state as well as all religious congregations to join in the important day of prayer expected to take place within the premises of Cathedrals, Churches and prayer Houses across the state and beyond.

“I enjoin you to pause and join in fellowship as we seek the face of God.It is expected that the conclusion of the prayer session shall mark the end of Sit At Home in Anambra State” Soludo declared.

The Governor stressed that it was clear to all that the order was ill-advised and counterproductive and not the solution to the release of the Leader of IPOB,Mazi Nnamdi Kanu, adding that effort was being made to ensure speedy resolution of his detention.

He insisted that every Monday, was a very important day to Ndi-Anambra and the government, which he said the state loses millions of nairia as a result of the order.

Soludo used the peace meeting to announce that soon the government under his watch would establish a registration centre to rehabilitate touts, illegal tax collectors and other criminal elements.

” We shall empower them to become useful to their families, communities, state, region and the society at large.