Hajiya Lami Adamu Lau, who was elected unopposed, is the 15th national president of the National Council For Women Societies, NCWS.

The general election which was held during the 2022 national convention of NCWS, in Abuja, witnessed a large turnout of delegates from around the 36 states of the federation, including the Federal Capital Territory, FCT, to elect new executives who would pilot the affairs of the council for the next four years.

The National Treasure position went to Deborah Ishaya with 338 votes to defeat Mangamu Madani and Meryin Yasin with 157 and 87 votes.

The position of National Public Relations Officer PRO went to Theresa Omoke with 308 votes to defeat Agnes Okafor with 205 votes, while Ijeoma Udensi who got 255 votes defeated Ijeoma Sharon Ndubusi with 250 votes and Ebole Okeke with 18 votes to clinch the National Research Coordinator position.

Mrs lau keeping as winner for the apex seat of the council, the chairperson of the electoral committee, Ramatu Dahatumusa, stated that about seven positions were unapposed and the positions were: the office of the national president given to Hajiya Lami Adamu Lau, the office of the national secretary given to Bolatito Alabi; the first position of the vice-president; the third position of vice- president, among others. 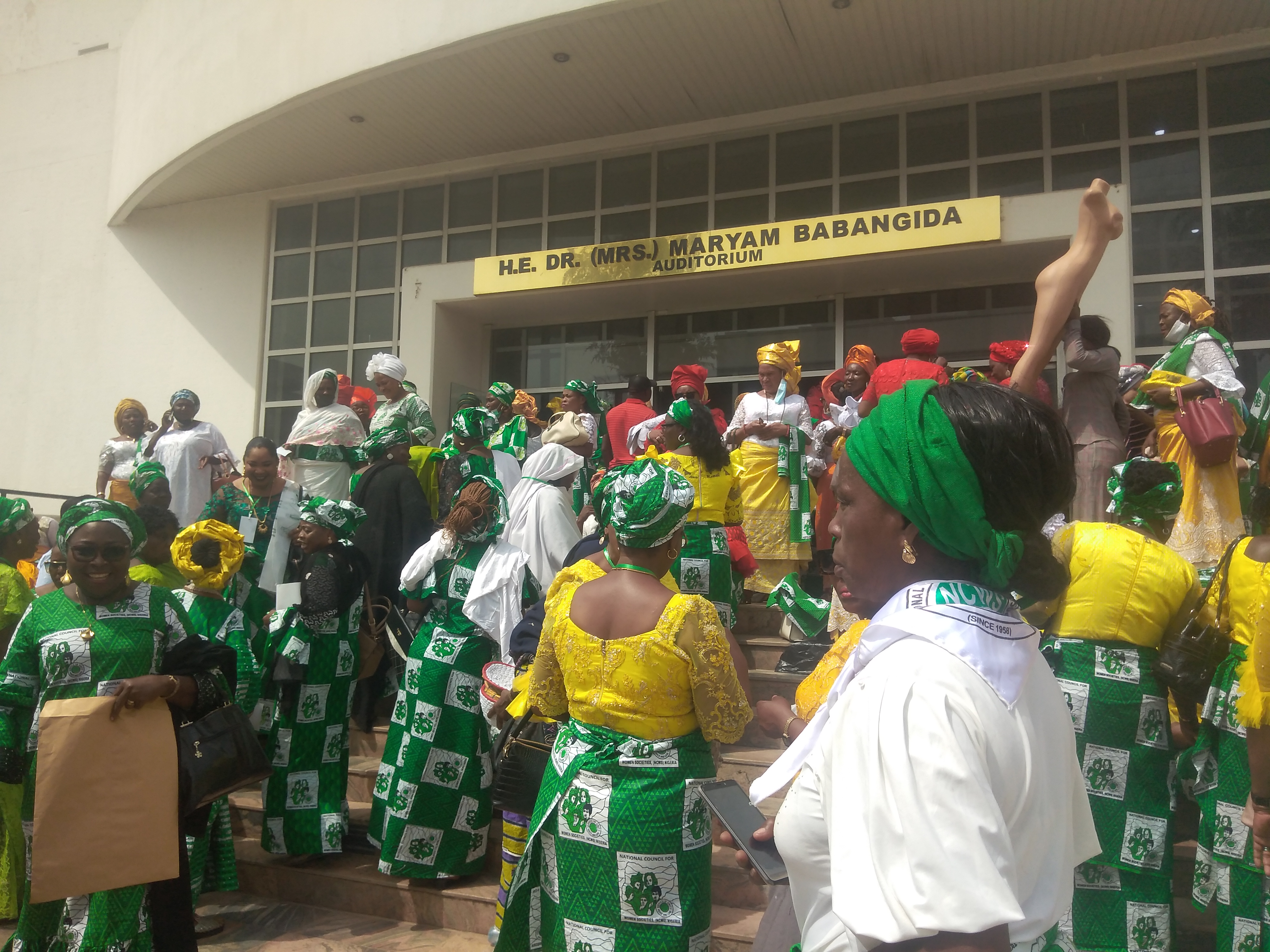 Speaking with journalists, Mrs Lau expressed joy over her new position as the national president of NCWS, stating that her administration would strictly focus on ensuring that women in Nigeria gain their “rightful” place in government and she would make policies that would be geared towards assisting and building the girl child.

She said: “I am happy to become NCWS national president because that has been my target. I have served the council for almost 31 years. It was my dream to that one day I will walk on the experience I have gathered from my predecessors so I am happy because I have achieved something in my life, an opportunity to serve the Nigerian women.

“I am a beneficiary of the girl child education. Coming out from Muslim home, I know how my parent strived to see that I was educated. So, I know the importance. Today, if I have not been educated I couldn’t have achieved this. There are so many advantages which if I am given the opportunity I will say it so that parents will take the chance to educate the girl child. I will advocate for the he girl child education.”

On the aspect of women participation in politics, and how she intends to put women in the political scene of the nation, Mrs Lau said: “I will go with grassroot mobilization, especially on what happened at NANS. We have the number.

“In Nigeria, it is women and youths that votes but when it comes to appointment we come the advantaged left so I want to assure you that I will use all the means and opportunities I have to see that I mobilize our women to love each other to vote women. Except we have women at the decision making level, our aims will not be achieved.

“Look at what they did to us, they rejected all the bills that was meant to promote women so unless if we mobilise ourselves and love ourselves nothing will happen. I intend to get the women at the top so that we do not get to beg again.”

Speaking with newsmen, the Minister of Women Affairs, Dame Pauline Tallen, commended the delegates who graced the occasion from far and near, security agents and electorates for the way they conducted themselves during the exercise.

She, however, stressed that the council’s election has set a strong precedent for women leadership in Nigeria, urging women to massively support themselves ahead of the 2023 general elections.

“You saw the overwhelming joy and she is unapposed, she is well accepted by the people. That is to show you that women if given the opportunity will sort out things amongst themselves. You can see how peaceful the election is going, there is no rancour and by the grace of God we will come out with a formidable team that will serve in the next four years.

“I commend the Nigerian women, I celebrate all of them; I acknowledge the team spirit and the love shown here is seen and can be felt that there is joy, there is peace and there is no tension and by the grace of God I can see that it will be a smooth one.

“We are making sure that we galvanize the Nigerian women to be relevant in all schemes of things. That is key: empowerment of women makes women to be relevant in all every sphere: decision making, political empowerment making sure that whatever happens within their communities, like fighting corruption; condemning insecurity, fighting all forms of violence against women particularly gender based violence. This is a woman that has it all to support and work with the ministry.”

On her part, the founder of Adorable Foundation International, AFI, Princess Okeke Ada Anam, felicitated with the newly elected president, harping that the event was a welcome development which would enable the desired progress women in Nigeria.

Hear her: “the new administration is a well begining and I am so happy. It is a fair well played elections and the newly elected president has proven to be a good leader that would stand for good judgement and it is happening already.

“I urge you he newly elected president to carry all women along and work for the intrests of the women in Nigeria. She should not be deterred or bought by people who would want destroy the place of women in Nigeria.”