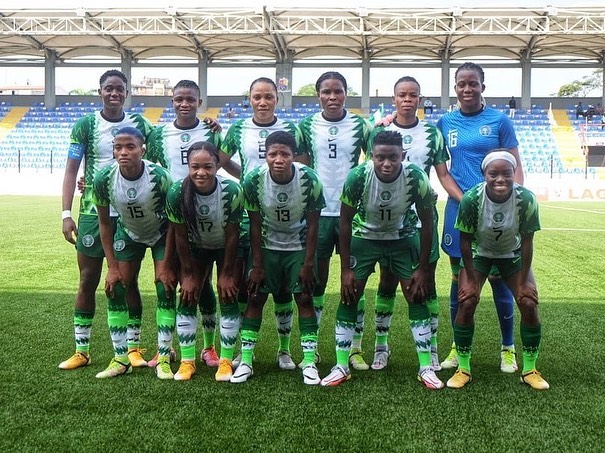 Nigeria’s senior women’s team, the Super Falcons will play against the reigning Olympic champions Canada in two friendly matches that will hold over three days in the cities of Vancouver and Victoria City.

Two players – defenders Onome Ebi and Glory Ogbonna – were among the contingent that flew out of Nigeria on Tuesday night, and connected a flight from Frankfurt to Vancouver on Wednesday. The other players are to fly direct to Vancouver from their bases in Europe and the American continent.

Canada’s Women National Team are the reigning champions of Olympic women’s football, having won the gold medal at the Olympic Women’s Football Tournament in Tokyo in August 2021, after beating Sweden on penalties following a 1-1 draw after regulation and extra time.