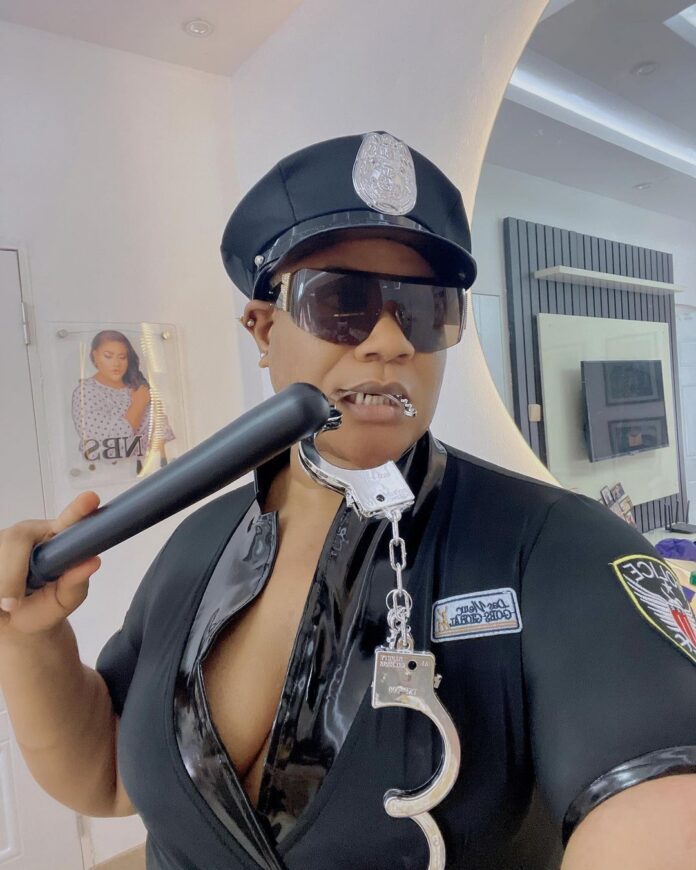 The couple’s less than two years marriage crashed in April 2022.

In a series of posts shared via her Instagram Stories on Thursday, April 7, 2022, the movie star accused the politician of being a fake Airforce officer in the United Kingdom.

Nkechi Blessing continues to drag her estranged hubby, saying he is a fake British Airforce officer 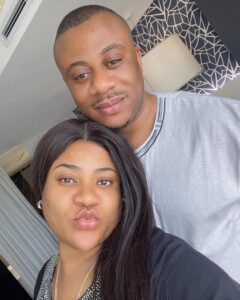 “Should I post the chat of the woman that bought your Royal Airforce uniform? Na only pictures she carry you go snap there ooo,” she wrote.

“She be talk am ooo I say na lie. I come London dey expect to make you wear am dey go work, no way, na only throwback you dey post. Your fake life stinks bro.”

She also alleged that Falegan is not the politician many people believe he is, rather he is a fake ‘honourable.’

Her post came hours after she revealed the reasons she decided to end their marriage. 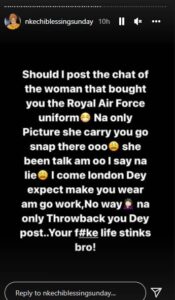 According to Nkechi, her estranged hubby wanted to use her popularity for selfish reasons.

She explained that he became notorious for always begging for financial assistance to fund his foundation, a move that didn’t sit well with the actress.

She also revealed that Falegan was a jobless man who would stay at home for months without doing anything. 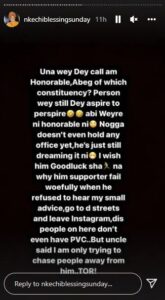 “If they ask me what my so-called boyfriend does for a living, walai I don’t have an answer. 3 weeks in London you no wake up go work, sleep and wake up for live video. If joblessness was a person…Tueh,” she wrote.

According to several reports, Nkechi and Falegan’s marriage crashed over infidelity allegations.