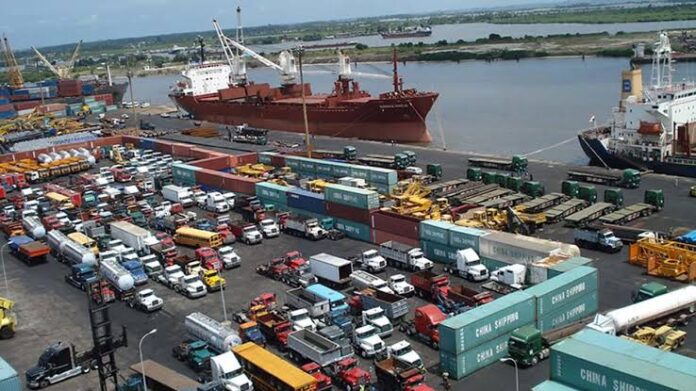 TIN Can Island Port Command of Nigeria Customs Service (NCS) says it has achieved increased revenue collection and seizures with a total collection of N135.44b in first quarter revenue and seizure of 8 units of 20 foot containers of machetes

The Customs Area Controller (CAC), Comptroller Olakunle Oloyede who stated this at a media conference in Lagos on, also highlighted the seizure of 206,000 pieces of machetes brought in without end user certificate from Office of National Security Adviser.

The revenue increase translates to 20.18 per cent when compared with first quarter collection of 2021.

He explained that the command’s operations for the first quarter significantly aligned with the statutory responsibilities of the Service.

Oloyede said this was particularly so, in the areas of revenue generation, trade facilitation and enforcement/anti-smuggling activities.

He said that commodities exported through the command include copper ingots, stainless steel ingots and sesame seeds.

In the area of enforcement and anti-smuggling activities, Oloyede said that seized items include 145kg of Colorado (hemp) concealed in 2 units of Ridgeline trucks and 2 units of Toyota Corolla vehicles.