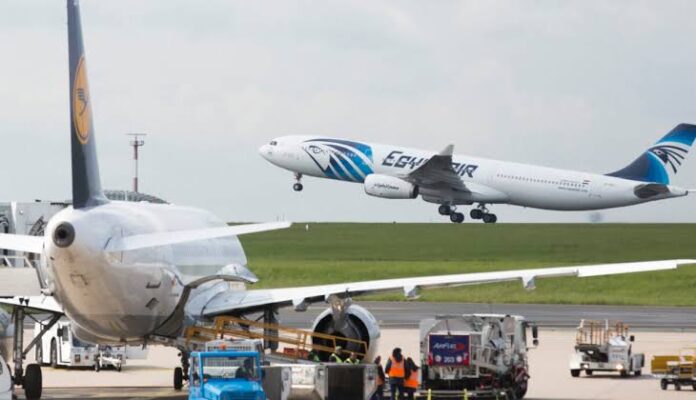 Some foreign airlines flying into Nigeria will from April 19 begin the sale of their tickets in dollars amid the worsening shortage of foreign exchange in the country.

Making this announcement in an advisory to its travel partners, APG, the world’s largest passenger and cargo general sales agent, explained that the difficulty in repatriating airlines’ funds stuck in Nigeria and other countries, coupled with foreign exchange fluctuation, is responsible for the new policy.

A statement titled “APG IET: Restrictions of Sales in US dollars,” quoted the travel agent as saying: “Dear travel partners, warm greetings from APG. This is to bring to your notice that with effect from April 19, 2022, GP would only accept issuing of tickets in US dollars and not naira”.

Airlines that use the APG Interline Electronic Ticketing, IET, GP code 275 will be affected by the new policy.

The said sum are mostly proceeds from ticket sales, but is trapped in Nigeria due to the forex crisis.

In line with the Bilateral Air Service Agreements, BASAs, with countries, airline tickets are mostly sold in naira, while the airlines would repatriate the funds in dollars through the country’s central bank.

“Aviation business suffers from issues of foreign exchange by local and foreign airlines and their inability to repatriate blocked funds.

“Nigeria currently holds $283m worth of foreign airlines fund in the country. I humbly ask for the support of the Central Bank of Nigeria through the directives of President Muhammadu Buhari to aid access of both local and foreign airlines to foreign exchange,” Sirika had said.

Meanwhile, the National Association of Nigerian Travel Agencies, NANTA, has reacted to the reported move by APG, stressing that no foreign airline operating in Nigeria can sell tickets in dollars.

NANTA President, Susan Akporiaye said that all airlines operating in Nigeria are mandated by Nigeria’s law to sell their tickets in the local currency.

She said even though it is a known fact that many foreign airlines have been unable to repatriate their funds from Nigeria due to forex scarcity, all airlines would sell using the local currency or face sanctions.