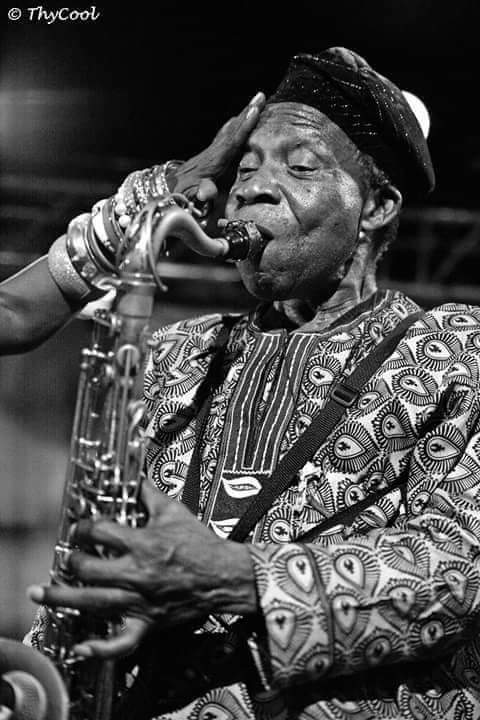 Popular Nigerian Saxophonist, Orlando Julius has died at the age of 79.

His wife, Latoya Ekemode, confirmed his death to the News Agency of Nigeria (NAN) on Friday in Lagos.

She said that Orlando Julius passed out in his sleep on Thursday night.
“Yes, my husband passed on late last night, there was no indication that death was coming, he was not ill, he only slept and died in his sleep,” she said.

Some of his musical albums were: Disco Hi-Life, Ololufe, Love, Peace and Happiness; Dance Afrobeat and more.