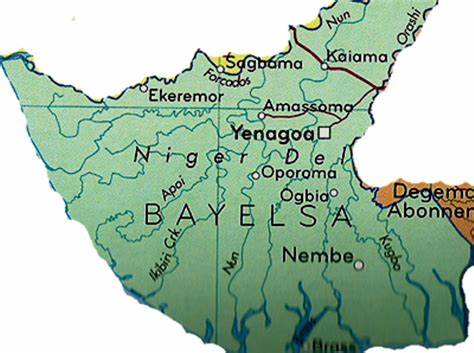 A Bayelsa-based Non-Governmental Organization (NGO), “I See You”, has advocated a review of the single-term zoning structure for the Bayelsa East seat at the Senate.

The group made its position known in a statement jointly signed by its Director-General, Pastor Mercy Dan, and the Deputy Director-General, Mr Kenechukwu Jonathan, and made available to newsmen in Yenagoa on Friday.

The NGO said two terms for senators would bring effective development to the area, and with the current democratic realities, the single tenure rotation system for the Bayelsa East Senatorial District is no longer beneficial to the people politically.

It, therefore, urged relevant stakeholders and political actors from the senatorial district to discontinue the single-tenure system for senators representing the district, as a two-tenure rotation would give room for consolidation and benefits associated with having a ranking senator.

“In terms of maximizing the benefits of representation, the two-tenure arrangement for representative of the area will afford the member to be proactive.

“This ensures that the district gets all the benefits attached from the National Assembly and also has all the rights of becoming a ranking member.

“We therefore call on all stakeholders of the district to commence the maximum of a two tenures for senators representing the people of the district.

“Rightly, we are of the opinion that since the incumbent Senator representing the Bayelsa East senatorial District is from Nembe, he should be allowed to contest again to begin the process after which Ogbia takes the next turn followed by Brass Local Government Area.

“Finally, while expressing joy and satisfaction for the level of quality and effective representation by the incumbent Senator, Biobarakuma Eremienyo Degi, we wish to also commend the stakeholders of the area for showing great leadership that has ensured that the zoning arrangement agreed upon years ago is not altered by any individual or groups,” the statement read in part.