HomeNewsMark to Nigerians @ Easter: it’s time to work together for common...
News

Mark to Nigerians @ Easter: it’s time to work together for common good 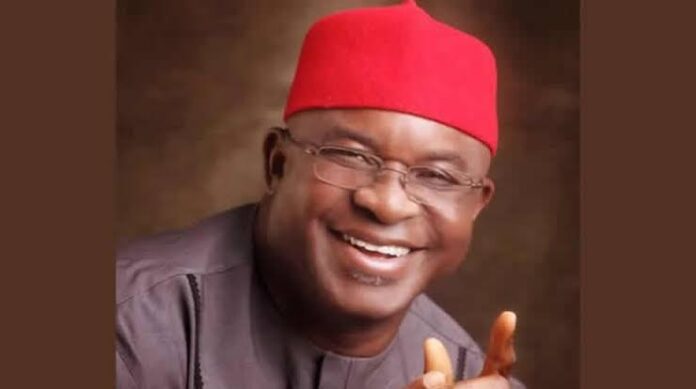 Former President of the Senate, Senator David Mark has enjoined Nigerians to reflect and review the tortuous journey to nationhood so far with a view to reversing faulty steps in order to achieve a prosperous, secured and guaranteed future .

He bemoaned the unabating state of insecurity that has led to loss of countless number of lives, the socio economic malaise and political uncertainty, saying “the nation arguably faces uncertain future”.

Senator Mark said in his goodwill message to Nigerians to commemorate this year’s Easter celebration that “it’s a disservice to humanity to pay lip service to the challenges or pretend that all is well when the socio economic and political life of the nation is almost in comatose”.

To this end, Senator Mark urged the present administration to open doors for fresh ideas pointing out that “it is not the exclusive preserve of government to find solutions to our challenges. It is not about political party, religious or ethnic affiliations but about the survival of our nation.

“Those in positions of authority should be honest enough to admit that things are wrong and be prepared to lead the way towards finding solutions. I believe we can fix Nigeria again if we resolve to work together in an atmosphere of honesty and mutual respect for one another”.

He urged religious leaders across the divide to always preach the message of peace , hope and harmonious relationship between and among adherents.

Mark prayed that the peace , reconciliation and forgiveness which the season of Easter brings envelopes the nation henceforth.