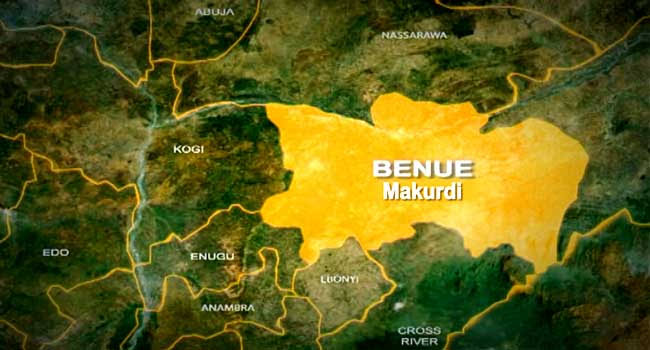 The Benue youths Forum have lashed out at the Benue Rebirth Movement over the statement credited to Governor Samuel Ortom on the chances of having an Idoma Governor in the state by 2023.

Terrence Kuanum, President of the Forum made this known in a statement issued in Makurdi.

He said, “Our attention has been drawn to a statement from the Benue Rebirth Movement, BRM, following an interview granted to Premium Times by the Governor of Benue State, Samuel Ortom on the chances of an Idoma Governor in 2023. The statement also attempted to despise the adoption of Rt. Hon Titus Uba as the consensus candidate of Peoples Democratic Party, PDP from the 14 Tiv speaking local government areas of the state.

“Ordinarily, we wouldn’t have bothered to respond to the Benue Rebirth Movement, but for the purpose of setting the records straight and for those who may be misled, we are bound to respond.

“It is no secret that the Benue Rebirth Movement, BRM, was founded primarily to ensure the emergence of a governor from Benue South Senatorial District in 2023 with Idoma as the predominant ethnic group and Igede.

“This mandate is been pursued not minding the other ethnic groups in Benue State.

“It will be recalled that in February this year, the group was at the National Secretariat of the PDP, where it paid a visit on the National Chairman of the PDP, Dr. Iyorchia Ayu, and made a case for the emergence of a governor from Benue South.

“You will also  recall that on March 12,2022, the group staged a rally in Makurdi, the Benue State capital, clamoring for the emergence of Governor from Benue South. These are noble efforts. And we believe this should be the approach” he said

Kuanum said the tendencies in the activities of the group clearly shows biases and preferences for an exclusive Idoma Governor and not for an Igede man. Therefore, the group has no right to accuse any individual or group of persons of having an ethnic agenda, as they have displayed an ethnic agenda in their pursuit.

“On the  allegation that Governor Ortom wants to foreclose the possibility  and chances of a Zone ‘C’ person becoming Governor, I wish to draw the attention of the group to Governor Ortom’s wise counsel to the group during their visit on the Governor over there agitation as contained in the same Premium Times interview which is being referenced by the group.

“I had earlier advised them (Idoma) that we must work together– ensure that the political class, the traditional rulers, and the other stakeholders are brought to the same table.

“When the agitation came, I advised that the Idomas should reach out to their Tiv brothers, and ensure that at the end, all the political parties should come together and agree that this time — 2023, we would zone the governorship ticket to Zone C. But as it is now, they (Idoma) have not been able to coordinate themselves well, which I have communicated to them,” Mr Ortom said.

“If Governor Ortom wants to foreclose the chances of a man or woman from Zone ‘C’ from becoming Governor, would he have told the group how to go about their agitation?

“The assertion that Governor Ortom doesn’t want someone from Zone ‘C’ to emerge as governor is mischievous and an attempt to ridicule him.

“The group also claimed that Governor Ortom has  replaced all well-known party structures with the “Caucus from the Tiv Speaking Area”.

“There is no truth in this allegation as all the well-known PDP structures, captured in Chapter 4, section 12(1)of the party’s constitution are still in existence and functional.

“Under the aforementioned section of the PDP constitution, the party is organized and administered at the ward, local government, Senatorial District, State, Zonal and National level,and none has been replaced in the state.

“It is also necessary to remind BRM that, the party  in Zone ‘C’ which had earlier presented the deputy governor, Engr. Benson Abounu as their consensus candidate and he was adopted as the consensus candidate of Benue South for the PDP gubernatorial ticket.

“”The party in the Tiv speaking area has also met and presented theirs in the person of Rt. Hon Titus Uba.

Was the group expecting Governor Ortom to accept the consensus candidate of Benue South and reject that of Benue North East and Benue North West?

“Politics is a game of numbers, that is why the Igede nation has suffered the fate of not  producing the Senator of Benue South for 46 years

“What the BRM needs to do is to convince their brothers from the  other zones of the state to support their aspiration to emerge as PDP flag bearer in the 2023 Benue governorship election.

“If the BRM fails to do that, they can still achieve that in the APC or any of the other political parties, as the mandate of the BRM to produce the governorship is not confined to the PDP alone” he added