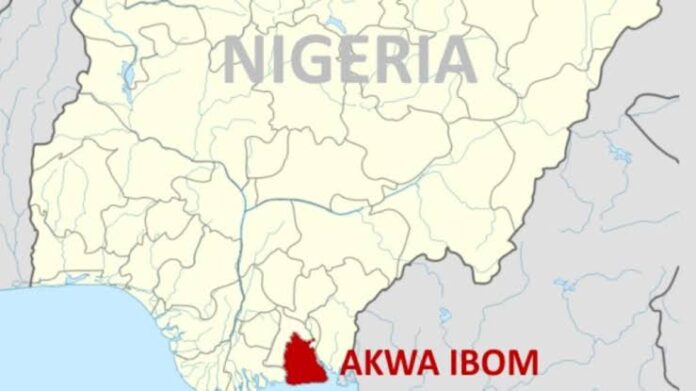 A former Consultant to Akwa Ibom State Government, Mr Patrick Usen has called for a probe into the abandonement of the $1.5 million Rotary Press acquired by Akwa Ibom government for the state newspaper corporation, more than seven years ago.

Usen who blamed the Ministry of Information for the failure of the project explained that the machines failed to work due to improper installation.

He told correspondents who were investigating the abandonement of the project that the representatives of Hieldelberg, Goss Graphics and himself, who facilitated the process from the purchase and shipment of the machines were not contacted for the installation and commissioning.
The Press was initiated by the administration of former Governor, Godswill Akpabio, installed and commissioned at the twilight of the administration and consist of a Supra Setter A105 Computer To Plate (CTP) machine and a Goss Community Press with a web offset press, said to have been worth over $1.5 million then.

With a capacity to print 17 colour pages, 32 black and white pages of newspaper and runs 500,000 impression per hour, with the CTP running a resolution of 2,400 DPI it was meant to enable the Corporation print the state owned newspaper, The Pioneer and serve as a commercial printing press for both national and local newspapers among others.

However, the machines which were installed and commissioned on May 28, 2015 but were not tested, have been laying fallow while investigations show that the machines have not worked after the day it was commissioned even as the government is yet to officially hand over the press to the management of AKNC.

“Governor Godswill Akpabio had excellent intentions for the State and Pioneer Newspaper in particular. Unfortunately, the Ministry of Information truncated that project. They should be held responsible. I don’t know where this enquiry will end, but I think that a Commission of Enquiry should be set up to probe the issue.

“That web offset press has not been received till today by Pioneer, that is, it has not been officially handed over by Goss Graphics to Pioneer because of the haphazard installation procedures. There was no adherence to good engineering practice of installation. They hurriedly put that up together and called the Governor, and I think the machine collapsed and failed there.

“There was no ink, no rolling papers, no printing plate needed to print for the Governor to see. All those things were not there, and the machine collapsed that day,” he stated.

He lamented that the state government was yet to pay him his contract fee for the project, adding that he was willing to return for a proper installation of the machines if the government was willing and warned that the Supra Setter A105 (Computer To Plate) machine may have to be upgraded as it may have outlived its lifespan of six years while laying idle.

“The lifespan of the Goss Graphics could be up to 50 years, but the Computer to Plate would last, let’s say for between five to six years. All you need is to change parts and upgrade.” He advised.

Corraborating Usen, former General Manager of Pioneer Newspaper, Mr Silas Udo, who was in office when the press was installed, said the machines were not used by the Pioneer to print any paper, neither, was any member of staff trained on it’s operation even as the procedural process of receiving the machines was not done because the necessary checklist to ascertain what the state government paid for, and what was sent by the manufacturers was not done.

“The press was never used to print the PIONEER in my time. No Pioneer staff under my watch went for training anywhere to master the workings of the Press.Yes, we did not receive the press. It was a deliberate decision not to receive it as the procedural processes were not done or seen to be done.” Udo said.

Confirming the position of Udo, Mr Idorenyin Umoren, the Production Manager of AKNC then, said he was one of the committee members of AKNC Rotary Press Pre-shipment Inspection Committee announced by state government to visit Goss Community Press Company in Germany stated that the committee was not inaugurated while the purported inspection trip to Germany never happened.

Efforts to speak with Mr Aniekan Umana, who was then the Commissioner for Information who supervised the whole process of purchasing, installing and commissioning the press was not successful as he did not pick up his calls, nor responded to text messages sent to his phone.

Even efforts to get the current Commissioner, Mr Ini Ememobong to comment on the issue was unsuccessful as he did not respond to the message sent to him on the matter.