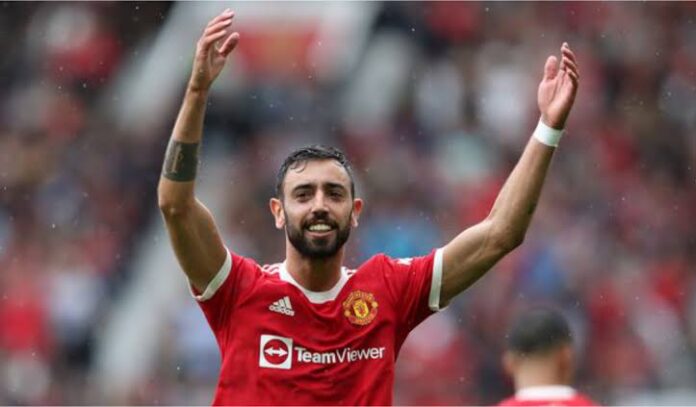 Interim manager Ralf Rangnick remains without a number of key players but Bruno Fernandes is available following a car crash on the eve of Manchester United’s trip to rivals Liverpool.

All eyes will be on Anfield as the old foes meet on Tuesday.

That is when Jürgen Klopp’s men will attempt to move top of the Premier League —- if only for the night —- and the Red Devils look to bolster their top-four hopes.

That was when their hard-fought 3-2 win against Norwich came as Tottenham and Arsenal fell to shock losses.

“It’s up to us,” the interim manager said. “We definitely will travel there tomorrow (Tuesday) and try to get the three points. This is what it’s all about.

“After last weekend’s results, we are still in the race for number four. But, in order to stay in that race, we have to win almost every game. To start with, tomorrow (Tuesday at Anfield).

“Although we might be the underdogs for most people, we still know that if we raise our level, if we play a top performance ourselves, we have a chance to get three points there and this will be our ambition and our goal for tomorrow (Tuesday).”

Manchester United suffered a humiliating 5-0 home loss in October’s reverse fixture and are available with some bookmakers at 7/1 to win Tuesday’s game.

Their slim chances of beating Klopp’s in-form side are dented by the continued absence of Edinson Cavani, Luke Shaw, Raphael Varane, Fred and Scott McTominay.

Manchester United playmaker Fernandes will, though, be available to face Liverpool after being involved in a car crash on Monday.

No parties involved are understood to have sustained serious injuries and the 27-year-old trained with the squad later that day.

“Yes, he was training with the team,” he said. “Obviously the accident happened on the way to Carrington but as far as I know nobody was injured.

“He trained with the team and he was OK. That’s why I think he will also be OK for tomorrow