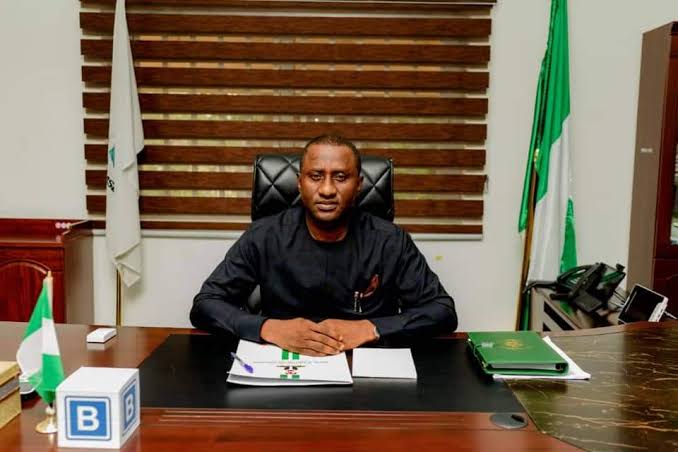 Minister of Mines and Steel Development Arc Olamilekan Adegbite has said that the ministry was opened to collaborating with Belgium to further develop the mining sector.

Adegbite made this statement during the visit of the Belgian Ambassador to the ministry.

He revealed that the ministry was making the sector more vibrant by fulfilling its mandate to diversify the economy away from oil, to create jobs and to raise the revenue profile of the government.

He also stated that the ministry’s recent achievement in the area of local barite production that met the American Petroleum Institute standard would save the country millions of dollars spent on importing barite.

The minister revealed that the country was also looking towards importing barite to some African countries.

“Last year we launched the Nigerian barite to show that we can now produce barite that meets the API standard in our country. This will save us millions of dollars spent on importing barite every year, which would also create jobs and lead to skills specialization in some specific fields. We are also looking at the possibilities of eventually exporting barite to other African countries which would earn our country revenue,” he said.

Adegbite disclosed to the ambassador that the ministry was creating a viable gold ecosystem in the country, opening up areas for foreign investors to take up stakes in the gold subsector.

He noted that a Canadian company Thor Exploration had started producing gold in commercial quantities through the Segilola Gold Project in Osun state.

“Nigeria has a lot of gold and we are developing the sector to attract investment into it. Nigeria is not just about oil and gas. We are richly endowed with diverse mineral assets in varying mixes and proven reserves. As we pursue our growth innovations through continued exploration, more mineral types and finds are being discovered. We can confirm that every zone in Nigeria has some minerals to bring to the national table of resource riches. As of today about 44 minerals have been identified,” the minister explained.

The solid minerals minster also informed the ambassador about the mining-related clusters in the six geopolitical zones of Nigeria saying that “these activities will boost the productivity of artisanal and small scale mining, generate wealth and create employment opportunities for the youths.

Adegbite also revealed that the ministry had instituted some business friendly incentives and policy in the sector to make it more attractive to foreign investors.

“Some of the incentives we have instituted to make the sector more attractive to investors include Customs and import duties waiver for plant, machinery and equipment imported for mining operations. Tax holidays of between three to five years as applicable. Free transferability of funds and permission to retain and use earned foreign exchange. Capital allowances of up to 95% of qualifying capital expenditure. Deductibility of Environmental Costs (money meant for environmental remediation will be tax free). 100% ownership of mineral properties,” he further explained.

The Belgian Ambassador to Nigeria, Daniel Bertrand in his remarks expressed his country’s interest in the sector.

He said: “I am just looking to see if there is any possibility of cooperation between both countries as your sector is concerned.”