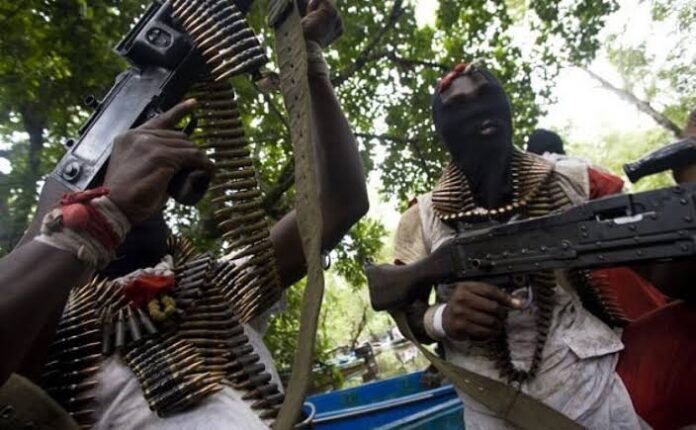 The girl, our correspondent gathered, was hit by a stray bullet in an ensuing encounter between the police/vigilantes and the terrorists who made attempts to invade Gwada town.

Eyewitnesses said the terrorists also rustled large herds of cattle and made away with many jerricans of petrol from black marketers.

The incident which occurred on Saturday around 5pm at Tapila junction and Kadna, a community just after the railway crossing and Naknuwape, forced residents of the suburbs to scamper for safety, with several of them heading towards Gwada town.

Mr Bello Ibrahim, a Gwada indigene and co-converner of Concerned Shiroro Youths said that the terrorists came through Tapila junction to Kadna, some few kilometres to Gwada.

He said the terrorists were those camped in villages around Galadiman Kogo, Guni, Kuchi, Dogon layi and adjoining harmlets.

The commissioner for Local Government and Internal Security, Mr Emmanuel Umar said an Air Force jet had been dispatched immediately to the affected places to comb the area.

He said that the invasion by terrorists had indeed occurred but insisted that the affected areas were Kadna and Tapila junction, outskirt of Gwada and not actually inside Gwada town.

The commissioner said he would soon release a statement on the attack, assuring residents that the government is working closely with security agencies to prevent future occurrence.

A resident of Gwada, Solomon Adnadu Zakka said that the terrorists had initially faced stiff resistance from police men and vigilantes before the arrival of military men, saying three of the terrorists were gunned down.

“The brave police officer who was killed didn’t go down alone. He went down with three members of the terror gang and we are grateful to him,”

He said a small girl around five years was shot probably by a stray bullet and was rushed to the hospital and was confirmed dead later. He however said he could not confirm yet the number of people kidnapped.

Luqman Erena, an eyewitness said the bandits were pursued later by ‘Yan-sa-kai, a local vigilante group but could not recover the cows owned by a prominent member of the community.

He begged government not to allow Gwada fall into the hands of terrorists, saying people in the area are living in fear and there is a buildup of massive humanitarian crisis.