Another NAF aircraft crashes in Kaduna, kills two crew members on board 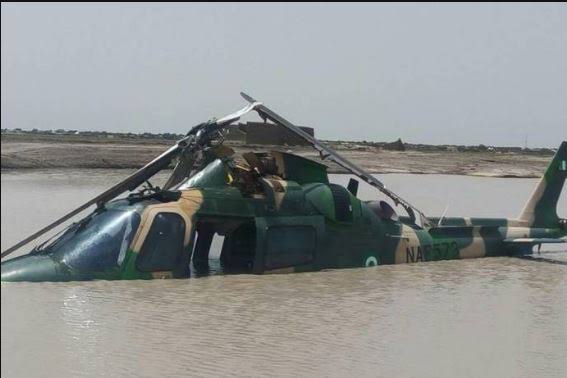 Another NAF aircraft on Tuesday crashed in Kaduna killing the two crew members on board.

The aircraft type is said to be (Super Mushak).

The trainer aircraft was said to have crashed while on a routine training session at the 401 flying training school , Nigerian Air Force Base, Kaduna.

Military Sources said that there was no survival as the two pilots on board the training aircraft died in the tragic air mishap.

Effort to get details of the unfortunate incident as at press time yielded no result as the Director of Public and Information, Nigerian Air Force (NAF), Air Commodore Edward Gabkwet said that he was in a meeting.

This is the fifth aircraft that crashed since the incumbent Chief of Air Staff (CAS), Air Marshal Oladayo Amao assumed office in that capacity.

The incident, which occurred in May 2021, involved a Beechcraft 350, and the aircraft crashed around the Kaduna international airport.

Late Gen. Attahiru was said to be on his way to Kaduna to attend a passing-out parade for army recruits.

Also, the persistent denial that the terrorists group did not shot down the NAF missing fighter jet in Borno State with two officers on board was demystified by the overrunning of Sambisa forest which, led to the troops of Operation Hadin Kai discovering the site of the crashed aircraft with the wreckage scattered at the heart of the evil forest.

Following the incident, members of the minority caucus in the house of representatives had asked the federal government to ensure that a “system-wide investigation” is conducted into such incidents involving military aircraft in the country.