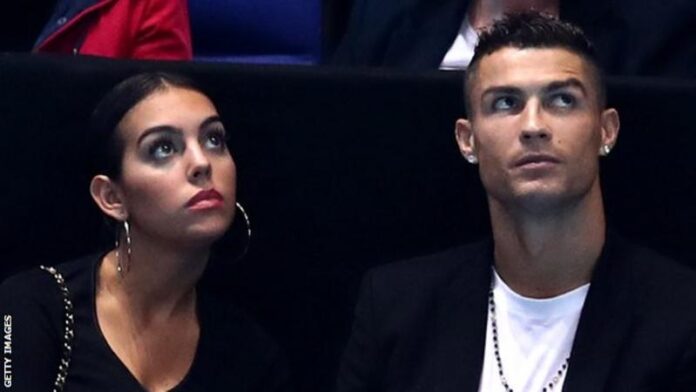 Manchester United footballer Cristiano Ronaldo and partner Georgina Rodriguez have announced the death of their baby boy, saying it is the “greatest pain that any parents can feel”.

The Portugal international, 37, and Rodriguez, 28, were expecting twins.

In a statement on social media, they said: “It is with our deepest sadness we have to announce that our baby boy has passed away.

“We are all devastated at this loss and and we kindly ask for privacy at this very difficult time.”

The pair had announced the pregnancy in October.

Manchester United tweeted: “Your pain is our pain. Sending love and strength to you and the family at this time.”

And team-mate Marcus Rashford said on social media: “Thoughts are with you and Georgina brother I’m so sorry.”

A fan-led minute’s applause will be held in the seventh minute of the game at Anfield, while both teams will wear black armbands.

“Family is more important than everything and Ronaldo is supporting his loved ones at this immensely difficult time,” the club said.

“As such, we can confirm that he will not feature in the match against Liverpool at Anfield on Tuesday evening and we underline the family’s request for privacy.