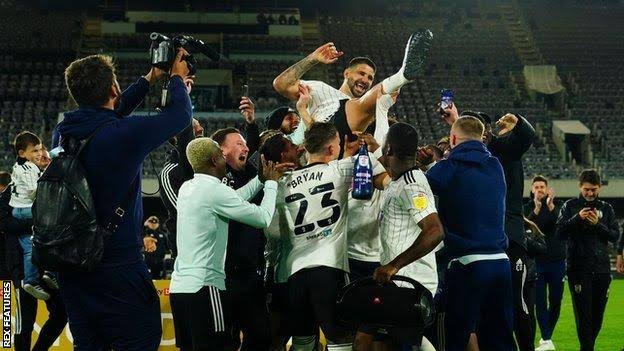 The Serbian striker netted twice in the first half, sandwiching an eye-catching strike by teenager Fabio Carvalho.

Mitrovic was denied a hat-trick by Preston goalkeeper Daniel Iversen – but it made no difference to the outcome as victory confirmed promotion for Marco Silva’s side.

Fulham could effectively secure the title as early as Saturday if they win at second-placed Bournemouth.

The Cottagers might have fallen behind early on, with Marek Rodak called into action to thwart Ched Evans and then tip Ben Whiteman’s long-range drive over the bar.

But any hint of nerves swiftly evaporated in the ninth minute as Joe Bryan won possession and burst down the left flank to set up Mitrovic, who slid the ball through Iversen’s legs.