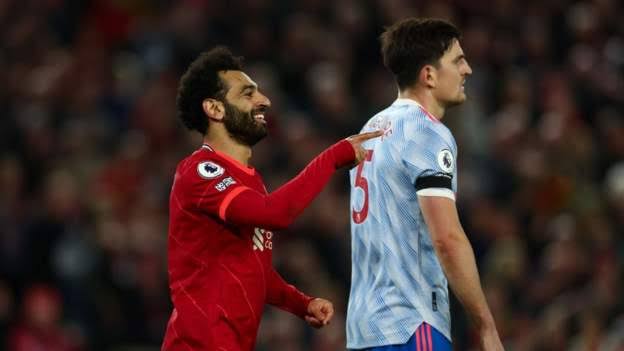 Liverpool outclassed their bitter rivals in a 4-0 win on Tuesday to go top of the Premier League.

United, who missed the chance to move level with fourth-placed Tottenham in the race for a Champions League place, dropped to sixth.

Asked how United can close the gap to Liverpool, he added: “We have to accept they are six years ahead of us now.

“When Jurgen Klopp came they changed at the club and lifted not just the team but the club and city to a new level. That is what needs to happen with us in the next transfer windows.

“There will be a rebuild for sure, that was obvious in the first three or four weeks for me. For us it is extremely embarrassing as a coaching staff to sit here and have a press conference like this. We just have to admit they are better than us.”

Mohamed Salah scored twice – ending an eight-game goal drought for club and country – as the hosts once again thrashed United, following their 5-0 win at Old Trafford in October.

United remain three points behind Tottenham, having played one game more. They are level with upcoming opponents Arsenal, in fifth, though the Gunners have played two fewer games.

“The fans don’t deserve us to play this way,” United midfielder Bruno Fernandes told Sky Sports. “They deserve more from us. The way they stay and applaud us, they deserve more. We have to raise our level higher.

“Liverpool is ready for the title, we are not. I don’t need to be here saying about the difference of the level.

“We have to look at ourselves from top to bottom and understand what is going wrong. We are competing until the end. Nobody can put down and think it is over. We have something to fight for.”

During the match, supporters of both clubs joined in a minute’s applause in support of Manchester United’s Cristiano Ronaldo and his family following the death of his baby boy.