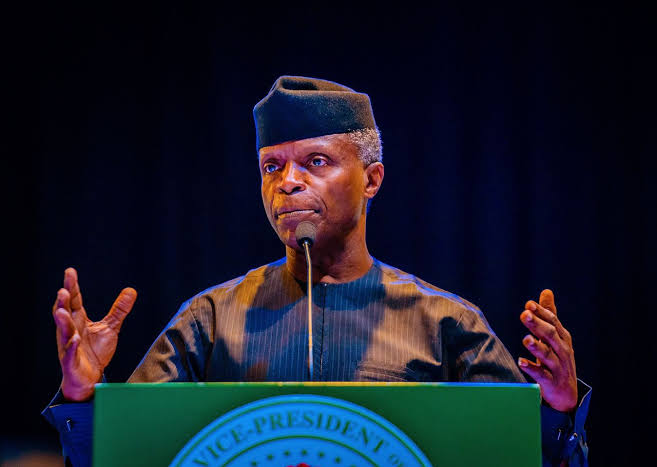 The Osinbajo for President Media Council has said they have uncovered yet another plan to malign the reputation of Prof. Yemi Osinbajo, Vice President of Nigeria and a Presidential aspirant on the platform of the APC.

The plot they said in a statement has been traced to a cell of smear campaigners, led by a US based Nigerian who was formerly a Students Union President at the University of Lagos.

The media council said the same individual is currently a lecturer at the University of Ohio in the USA.

The plan according to them is to use fake audio of faceless individuals with fictitious names to cast the Vice President, who is a Christian, as a religious fanatic, who discriminated against staff of other faith while he was Attorney-General & Commissioner for Justice in Lagos State during the tenure of former Governor Bola Ahmed Tinubu.

”In the fake video, a woman is seen crying and making frantic allegations that she was discriminated against by the then Attorney-General, because she was not allowed to wear the Muslim head cover for women, otherwise known as the hijab, to work. As observed by someone who was in the same Ministry at the time Osinbajo served as Attorney-General, no such incident ever occurred and this is just a malicious and wicked attempt to sully the sterling qualities of Prof. Osinbajo because of his Presidential aspirations.