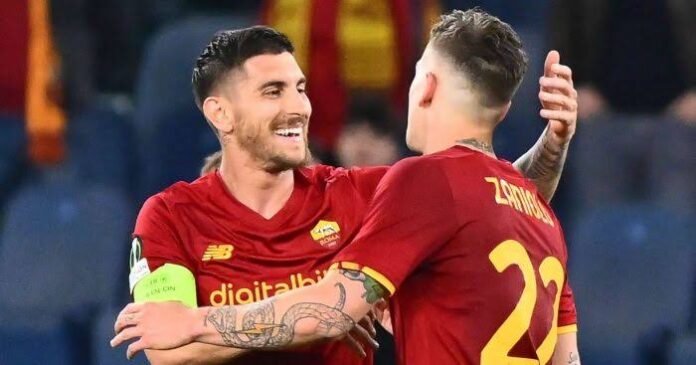 Manchester City and England forward Raheem Sterling, 27, is on a list of players AC Milan want to sign amid reports of a potential £850m takeover of the 18-time champions of Italy. (Gazzetta dello Sport via Mail)

Real Madrid and Barcelona are both interested in signing Chelsea and Germany defender Antonio Rudiger, 29, who is out of contract at the end of the season but is keen to stay at Stamford Bridge. (The Athletic – subscription required)

Manchester United will have to qualify for the Champions League if they want to sign RB Leipzig and France forward Christopher Nkunku, 24. Nkunku is on United’s radar after 30 goals in 44 games this season. (Sport Bild – in German)

Former Red Devils boss Jose Mourinho is keen to bring Nemanja Matic to Roma after the Manchester United and Serbia midfielder, 33, announced he was leaving Old Trafford (Tuttomercatoweb – in Italian)

Tottenham are confident of keeping England forward Harry Kane, 28, this summer and are considering a move to bring Brentford and Denmark midfielder Christian Eriksen, 30, back to the club. Spurs are also keeping tabs on 24-year-old Leicester and Belgium midfielder, Youri Tielemans. (Times – subscription required)

Newcastle are set to end their interest in Benfica’s Darwin Nunez, 22, as the Uruguay forward wants to join a Champions League club, with Brentford’s English striker Ivan Toney, 26, viewed as an alternative. (Telegraph – subscription required)

Arsenal and France defender William Saliba, 21, says there is a chance he could stay on loan at Marseille beyond the end of the season. (Le Parisien – subscription required)

However, Atletico Madrid are keen on signing Saliba, who joined Arsenal in 2019 from Saint-Etienne. (L’Equipe – subscription required)

Brighton have made an approach to sign Arsenal forward Khayon Edwards, 18, who has scored 17 goals and provided six assists in 22 appearances for the academy. Edwards is also wanted by Chelsea. (Mirror)

Crystal Palace’s Spanish keeper Vicente Guaita, 35, wants to return to Valencia, where he came through the academy, before he retires from playing. (AS – in Spanish)

Former Norwich boss Daniel Farke has emerged as a contender to replace Sean Dyche at Burnley while ex-West Ham and West Brom boss Slaven Bilic is also interested in the job. (i Paper).