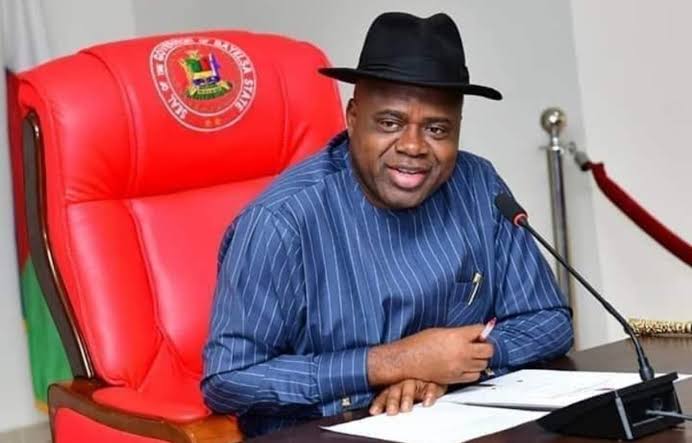 Bayelsa Governor, Senator Douye Diri, on Wednesday, cautioned politicians against sponsoring violence and other criminal acts in the country as preparations for the 2023 general elections gather momentum.

Governor Diri gave the warning at the 72nd session of the Bayelsa State Executive Council at the Exco Chambers in Government House, Yenagoa.

The Governor, who spoke through his Deputy, Senator Lawrence Ewhrudjakpo, said there was a compelling need to appeal to all politicians to eschew criminality and brigandage as they go about pursuing their political ambitions.

A statement by the Senior Special Assistant on Media to the Deputy Governor, Mr Doubara Atasi, noted that the Governor particularly urged the political class in Bayelsa to place the common good of the state above their personal interests.

Governor Diri condemned a recent case of desecration of the law court by some unscrupulous elements over the hearing of an intra-party matter concerning the All Progressives Congress (APC) in the state.

According to the Bayelsa Chief Executive, the frequency at which the judiciary was being threatened, maligned, coerced and desecrated in the country was beyond permissible thresholds in any society.

He maintained that the era when people used their might and power to acquire and exercise political power was over, and therefore, stressed the need for all political actors to play by the rules.

He also advised those who had matters pending in court, to allow the courts determine the outcome, pointing out that the courts in Bayelsa are courts of first instance, which did not preclude anybody’s right of appeal.

His words, “We are appealing to our politicians to eschew criminality, brigandage, and sponsorship of terrorism. We are also appealing to them to play by the rules and uphold decorum in all their activities.

“Only a couple of days ago, an inter-party matter led to the desecration of our court. Let the political class play by the rule of law and not by the rule of might.

“We are no longer in the brutish era when people use their might to acquire and exercise power. So, the processes must be allowed to run their full course.

Governor Diri, who thanked Bayelsa people for their tremendous support and cooperation so far, however, appealed to the PDP faithful in the state to shun acrimonious debates, blackmail and lies over party nominations ahead of the primaries.

He said all stakeholders should be ready to make sacrifices in the overall interest of the party when and where necessary, to move the party and the state forward.