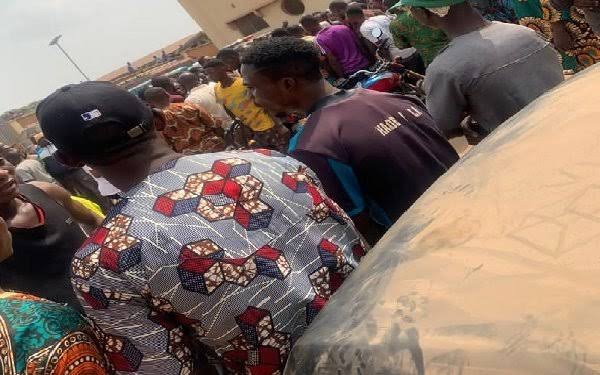 About three persons have been reportedly killed following a clash between some thugs and some residents of Hausa community living at sabo area of Ede in Ede North Local Government Area of Osun state.

The crisis, according to a resident of the town who spoke to our Correspondent, started when suspected thugs went to attack the Hausa community but they were repelled and two of the hoodlums were killed while one Hausa died.

The leader of the thugs who was said to have invaded Sabo, the sojourning area of Hausas was the second-in-command to a notorious thug, simply Identified as Rasheed Oko-Ilu whom the police had declared wanted over a series of criminal allegations.

An eyewitness said it has been a while since Rasheed Okoilu’s boys have been going to Sabo and the Seriki called him to report his boys.

Speaking with Nigerian Pilot, Seriki Hausa (Leader of Hausa Community) Ede, Alhaji Gambo Ibrahim said the thugs have been terrorising the people of the town including Hausas, adding they have been disrupting the peace of the Community

Giving the account on how the incident happened, the Seriki Hausa said: “The thugs attacked the Hausa traders, not only the Hausa but the whole Sabo community because Sabo community houses the Hausa, Fulani,Yoruba and other tribes in Ede, the thugs are the ones disrupting the peace of the community.”

Meanwhile, Osun State Police Public Relations Officer, Yemisi Opalola while speaking with our Correspondent confirmed the incident saying it was a rift between some Yoruba boys and Hausa adding that only one person died.