HomePoliticsAPC NEC delegates its powers to NWC for 90 days
Politics

APC NEC delegates its powers to NWC for 90 days 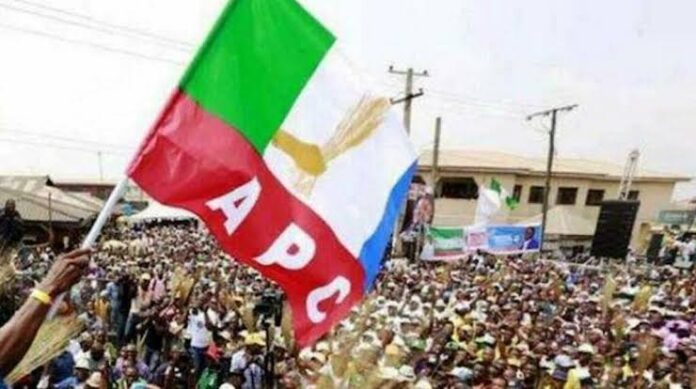 In a bid to forestall frequent emergency meetings of the National Executive Committee, NEC, ahead of its congresses and convention, the NEC on Wednesday transferred its power to the National Working Committee, NWC, for 90 days.

The resolution was taken at the first post-convention NEC of the APC held at Transcorp Hilton, Abuja on Wednesday.

The decision was taken after the Party Chairman, Adamu Abdullahi, warned against the illusion that it could not lose an election in 2023.

In his welcome address Senator Adamu reminded APC members of what the opposition, the Peoples Democratic Party (PDP), experienced in 2014 because of disunity.

“The APC Constitution states that serving governors are the state leaders, therefore the past governors must act like states men and provide guidance,” Adamu said.

He said that the ego causing disunity between past and serving governors and other leaders of the party in some of state could pull the party down if not properly handled.

This, he said, could affect the party’s electoral victory in the 2023 general elections, adding that going forward the party’s slogan would be “APC first.”

He, however, added that the National Working Committee (NEC) was open to suggestions on how to move the party forward, saying that it doesn’t have monopoly of knowledge.

On the transfer of power from the NEC to the National Working Committee, the National Secretary of APC, the Senate President Ahmed Lawan moved the motion and was seconded by Governor Nasir El-Rufai of Kaduna.

With this development the APC NWC will now take decisions that might require the intervention of the NEC meeting.

Meanwhile, the party has released the cost for its nomination and expression of interest forms for aspirants that want to participate in the primaries of the party.

The spokesperson of the party, Felix Morka, disclosed this at the end of the emergency NEC on Wednesday at the Transcorp Hilton in Abuja.

The presidential ticket is pegged at N100 million, Governorship form goes for N50 million while Senate goes for 20 million.

Aspirants for the House of Representatives are to pay N10 million while State House ff Assembly goes for N2 million.

However, the NEC made 50 per cent discount for candidates less than 40 years and free tickets for women and persons living with disabilities.

The sales of the party form shall commence on April 23 and primary for the presidential ticket has been scheduled to hold from May 30 to June 1.

NEC adopted indirect mode for primaries which means that delegates will decide the flag bearers of the party.