DG, stakeholders calls on FG to return SON to seaports 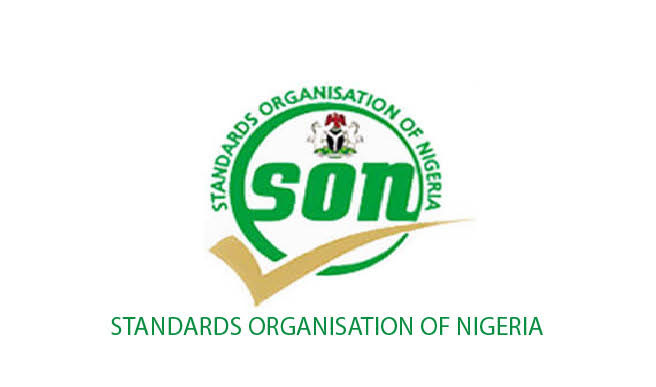 Director-General, Standards Organisation of Nigeria SON,Mallam Farouk in partnership with maritime industry, has called on the Federal Government to bring back SON to the seaports to strengthen its regulatory power and free the country from the inflow of hazardous goods.

Salim made the call at a stakeholders sensitisation forum organised by the agency in Apapa, Lagos, with the theme “Standards Save Lives, Grow Economy”.

He expressed dismay that Customs is only doing random checking of 10 out of 100 containers coming to the ports and border stations which has resulted in the high arrival of substandard products into the country.

Earlier on, the Nigerian Ports Authority NPA,had in the process of implementing the executive order on ease of doing business issued by the Vice- President Yemi Osinbajo, ordered SON and other related agencies that were affected to vacate the ports across the country.

Managing Director of the NPA, Ms. Hadiza Bala Usman had said there were only seven agencies mandated to operate in the port, adding that any agency that is operating in the port outside of the approved agencies should vacate the ports

But the Acting-President, Association Nigerian Licensed Customs Agents ANCLA, Dr Kayode Farinto and other stakeholders are now advocating for the return of SON to the seaports.

He also flayed unpatriotic importers who out of greed importing substandard products into the country to maximise profits.

Farinto like other stakeholders, called on the Federal Government and managers of the economy to bring SON back to the nation’s seaports, adding that it is the best and surest way to stop substandard goods from coming into the country.

“We cannot over emphasise the issue of standardisation, because it is the core of every manufacturing output. We are not happy that SON is not allowed to operate at its maximum capacity especially with their presence being felt at the port.

Recall, that years ago ,the Standard Organization of Nigeria has vacated the seaports, the intention of the government is to allow the Agency do the role of regulation outside the ports.

Also a stakeholder, Mr Yinka Adegboyega called on the managers of the economy to bring SON back to the nation’s seaports, adding that this is the easiest and safest way to stop these goods from coming into the country.

“These goods are better checked at the ports not in the markets. Dealing in fake and substandard products is a crime to humanity and poses great danger for the nation’s economy, as a result of this, we must collaborate with SON to collectively fight this battle against a substandard goods. We were not doing this before, but the new SON boss has told us and convinced us that this is the only way out to stamp out these goods. We have seen his desires and commitment to fighting this war and we need to contribute our own quota by lending our support to SON” he said.