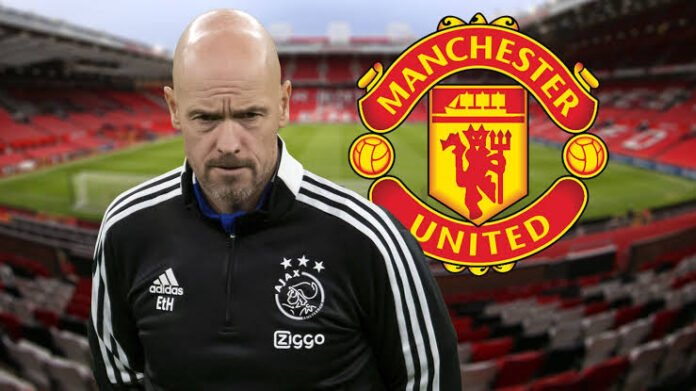 Manchester United have confirmed the appointment of Dutch coach, Erik ten Hag as the club’s new permanent manager who would take over at the expiration of Ralf Rangnick’s interim tenure.

Ten Hag who is currently with Ajax signed up until June 2025 plus the option of an extra year that will run till 2026.

“Manchester United is delighted to announce the appointment of Erik ten Hag as Men’s First Team Manager, subject to work visa requirements, from the end of this season until June 2025, with the option to extend for a further year.” The club said in a statement on its website.

Ten Hag said although it would be difficult to leave Ajax, his focus at the moment is ensuring the Eredivisie champions end the season on a high before his exit.