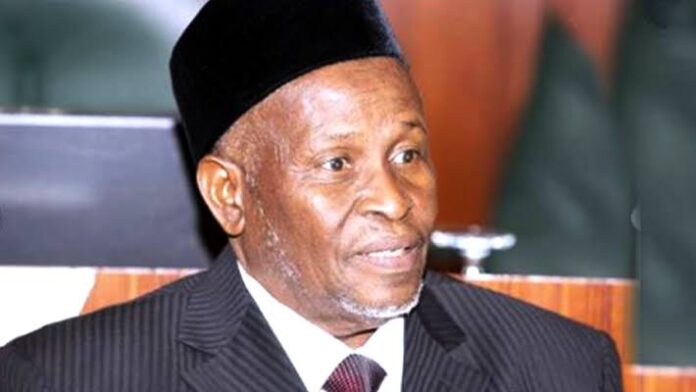 Chief Justice of Nigeria CJN, Justice Ibrahim Tanko Muhammad, yesterday warned judges in the country to run away from unmerited wealth so as not to run afoul of the law that may land them into trouble.

He said that the National Judicial council NJC, will never rest in the efforts to fish out the bad eggs within the judiciary and show them the way out.

Justice Muhammad said that corrupt judges can only run but will not have the capacity to hide from the long arm of the disciplinary apparatus of the NJC.

“As I always say, appointment to the bench is not an appointment to affluence, influence or unholy alliance with people of questionable character that may appear before you in different guises and make you do what is offensive to the law”.

“You must shun unmerited wealth, dishonest disposition and never should you engage in any act that may make you regret ever being a judicial officer”, he said.

The CJN said that though judges are not known to possess supernatural powers to perform wonders, he charged the new judges to be prepared for “demands to do the impossible from the society.”

Justice Muhammad charged the new Judges to be ready to hear more especially during 2023 general elections, adding that though he rejoiced with them, he also sympathised with them for the troubles, inconveniences and all sort of uncomplimentary remarks that may be made against them by litigants in the course of adjudications.

“We are all humans, no doubt, but you must display the humanism in you by doing those extraordinary things that people would say you cannot do. That is what distinguishes those with integrity and passion for success from those with unenviable pedigree and dysfunctional moral compass,” he said.

The CJN counseled the new Judges to allow their oath of office to occupy an important place in their hearts and be rightly applied in their adjudications.

“This is a bond that you should engrave in your heart and it should serve as a moral compass while adjudicating in all matters that come before you”.

“You must not derail from the revered path of impartiality, fairness and equity. We don’t need any soothsayer to tell us that the times are quite perilous and ominous”, he added.