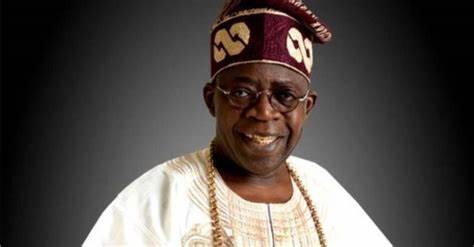 Ahead of the 2023 general elections, a pressure group, Tinubu Support Group, Ireland has assured former Governor of Lagos State and the National Leader of the All Progressives Congress (APC), Senator Bola Ahmed Tinubu of their support and unalloyed loyalty as he contests the position of the number one citizen of Nigeria.

In a statement signed by the Convener of the group, Comrade Nosa Aigbokhan and made available to journalists, the CSO described Tinubu as a highly experienced and internationally exposed politician and leader who has all it takes to lead the country to the Promised Land.

“As it stands, Nigeria is too divided to have somebody without experience and the right contacts both national and international. The office of the president is not an experimental lab where people will come and learn on the job. We need somebody who can heal the hate and division across ethnic and religious lines.

We want a President who will groom the next generation of leaders from his cabinets”, the statement noted.

Aside from experience and exposure, the CSO noted the ability to form a formidable team which is Jagaba’s strong quality as he has done this severally as the Governor of Lagos. Adding that one of the reasons why there is the failure of governance in Nigeria is the inability to gather an experienced team that can work towards bringing good leadership to the country.

“We expect to have a president that will be able to assemble a team within a week, a team that he knows, that he trusts, a team that comes from his political school of thought and not a borrowed team, a team that has worked with him in public and private space and performed exceptionally. A team that cut across tribes, gender, religion and ethnic lines”, the statement added.