2023: Ministers have overstayed in office – Gololo 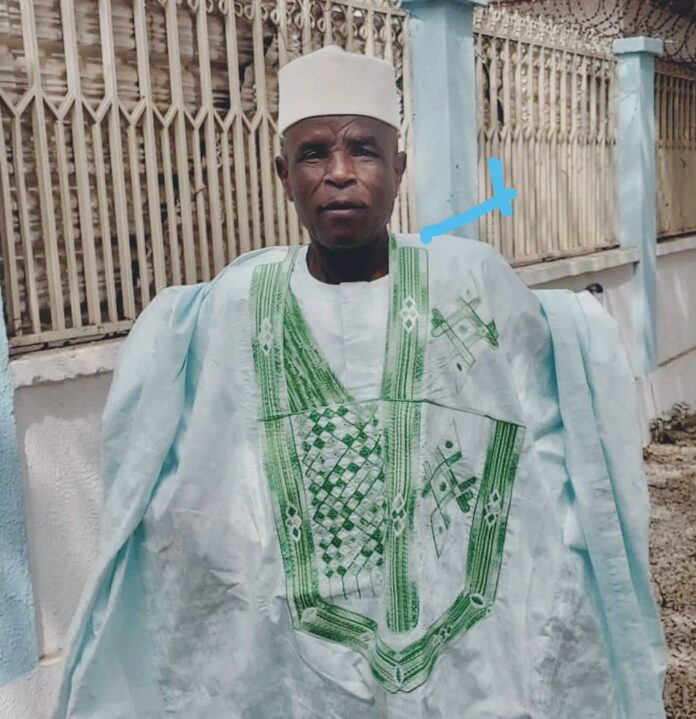 Convener of Northern Conscience for 2023, Dr. Haruna Garba Gololo, who is a Bauchi State-born retired soldier turned politician and member of the ruling All Progressives Congress, APC, in an interview with journalists in Abuja, gives his assessment of the Buhari administration, maintaining that most of the ministers have outlived their usefulness. He also spoke about security b challenges in the country. OLUGBENGA SALAMI brings the excerpts:

Sir, what is your assessment of President Muhammadu Buhari-led administration in the past seven years?

I’m an APC member and I will always tell the truth. President Muhammadu Buhari has tried in some areas while he has not tried at all in other areas. First, where do you see ministers spending about eight years in office? Ministers are supposed to spend two years in office and then bring another set of people on board to showcase their skills and competence. Look at the Kaduna attacks, what did the Minister of Defence, Major General Bashir Magashi (rtd) and the National Security Adviser, Major General Babagana Monguno (rtd) do? There’s something called log wherein you have the report of the 774 local government areas of the country before 12 noon. It’s always good to prevent something before it happens, not that you wait until the havoc has been done and now send security agents to the place.

Presence of security agents at the scene of the incident after it must have happened is nonsense, because they can’t save the dead and other victims again while the bandits must have already gone with the abducted ones. We always watch the videos of those abducted by the bandits or terrorists, why can’t the government track them and rescue the victims? If I’m holding N1million now, I’ll be tracked, arrested and handed over to the Economic and Financial Crimes Commission, EFCC. Why can’t they use the same system to track these evil doers, arrest and prosecute them? Bandits have been killing and abducting people freely, why can’t they be checked?

As far as I’m concerned, both the Minister of Defence and the National Security Adviser ought to have been sacked. Again, have you ever seen where the governor of the Central Bank remains in office for 10 years and he’s even happy and bold enough to show interest in contesting for the presidential election. In fact, this government has failed woefully in that aspect. To explain further, how can the ministers be in office for three years presenting budgets for approval? Is that how a democratic government should be ran? No, if Mr. F didn’t perform in office, remove him and bring another person so that the country can get it right.

Once anybody is appointed and knows that he or she can’t be removed from office, they do whatever they like. Tell me a minister who has performed, all their projects are being commissioned on the television with the help of journalists for reportage; if you later ask for the sites of those projects, you can’t see them.

Nigeria has been going through the menace of terrorism. As someone with sufficient military experience, what do you think the government has not done or should be done to stem the tide of these security challenges?

I was in Liberia twice, I was in Yugoslavia, Bosnia Herzegovina, Croatia and others, and I even speak some of their languages. There are 10 phases of war, if you try one method and it’s not working, you try another. The present system being used by Nigeria is old and no longer working, because it has been mastered by the terrorists. The Chief of Defence Staff was in Borno recently, he knows the locations of the ISWAP and Boko Haram terrorists and their tactics. ISWAP, for example has almost conquered Borno and moving towards Mubi and Mala in Adamawa State before this government came on board, but now, they don’t have base in those places other than running from one end to another and that’s why the military is succeeding in its attacks on them.

So, the system that the military is using to succeed in the North East can be used on the bandits in the North West, because that’s the region we are still having serious problems with. Last time, I heard a governor talking about hiring mercenaries. What is happening to us in this country? We used to go on peacekeeping in other parts of the world, because they know we have one of the best military training. During the Yugoslavia peacekeeping, the United States only came with a medical team and was not in Liberia, whereas Nigeria sent troops to these countries and performed creditably. Since we’re able to conquer the war in Liberia, I’m sure we will also succeed on the one in our land.

The most important thing is for the civilians, especially journalists, to always praise our military whenever they perform well, because condemnations will keep on killing the morale of our personnel. Praising them will always boost their morale to keep on fighting in the warfronts.

It is not good to condemn them once they are attacked, especially with casualties, because there’s no way guerrilla will attack them and not succeed. The reason is that they always target when the military personnel are not prepared and even if met prepared, they are bound to make mistakes as human beings. For example, there may be only 10 personnel in a section when about 300 guerrilla warfare came to attack them and there is no way they will not overrun the military under such a situation. That is part of what people fail to understand. There’s a place where the military personnel can be in a closed section comprises of Section Commander, Second in Command, 2ic, Sergeant, Corporal, Lance Corporal; and there is another where they can be 30 with Platoon Commander from the rank of Captain with others like Lieutenants, 2nd Lieutenants, Sergeants, etc. Even if they are over 30 and those terrorists came in their thousands, it will be difficult for the personnel to repel their fire.

We just need to be praying for our soldiers and other security agents, and with time, the problem will be a thing of the past, In Shaa Allah.

There has been talk about sabotage in the military; do you think this is also a factor in the current security challenges?

No. I don’t believe in sabotage in the military, because it is the most disciplined organisation in the world. There’s serious respect in the military and sabotage is not part of our training. Those who are making such allegations cannot name one, two or three people in the military sabotaging the government’s efforts in that aspect.

Share
Facebook
Twitter
Pinterest
WhatsApp
Previous articleOnu urges Nigerians to embrace the full implementation of the executive order No.5 for the sustainable growth of the country
Next articleBuhari orders security agencies to rescue kidnap victims