2023 Presidency: Jonathan undecided despite supporters’ call for his declaration 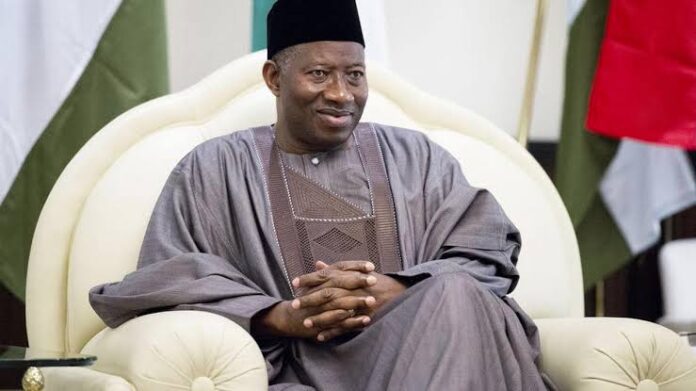 Hundreds of friends and supporters of former president, Dr. Goodluck Jonathan, stormed his Abuja office Friday morning demanding that he declares his intention to run for the office of the President in 2023.

The supporters carrying placards bearing varying inscriptions such as “you are a good man”, “Jonathan, you’re the only voice of the masses we know”, “Jonathan you must run” among others insisted the former president remains their only hope for a better future.

The elated and enthusiastic supporters took over the entire Taraba street and other adjoining straits in Maitama singing and chanting the names and glory of Jonathan while disturbing the flow of traffic in the process.

But Jonathan, who took about an hour to come out to address his supporters, said he was still in the process of consultation and would soon make known his decision whether to contest or not.

While acknowledging their overwhelming supports, the former president urged his teeming supporters to continue to pray for peace and unity of Nigeria and that God should provide the right candidate to lead the country.

“The country has been facing so many challenges, some of them started very long time ago and I believe with the interest of the young people, these challenges will be dealt with. We will work very hard.

“Yes, you are calling me to come and declare for the next election. I cannot tell you I’m declaring, the political process is ongoing just watch out. But the key role you must play is to pray that Nigeria gets somebody that carries the young people along and somebody that can also work very hard to see that some of the problems we see are dealt with by the government and I believe that collectively we will work together. I thank all of you,” the former president said.

Earlier on Thursday evening, scores of posters of Goodluck Jonathan flooded the walls of Buhari house national Secretariat of All Progressives Congress, APC.

Jonathan is however yet to decamp from Peoples Democratic Party despite rumours that he was planning to join the ruling APC.

Recall there was a rumour of a purported power rotating pact between president Muhammadu Buhari and former president Goodluck Jonathan which demands that Mr Buhari hands over power to Jonathan as a form of compensation for his concension of victory to Buhari in 2015 general elections.

Appointment of clerk to the National Assembly: A breach of the NASC act, 2014