HomeBreaking NewsAttacks on Police officers in S’East would no longer be tolerated, IGP...
Breaking News

Attacks on Police officers in S’East would no longer be tolerated, IGP warns 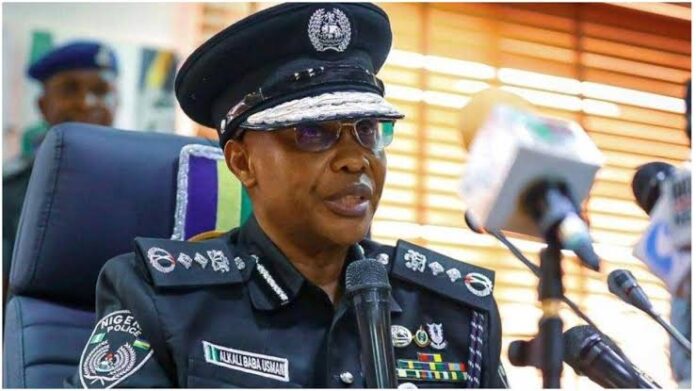 The Inspector-General of Police (IGP), Usman Baba Alkali, has warned against attacks on police officers and facilities in the country, especially in the South East region, saying such would no longer be tolerated by the force.

The police boss, who lamented the destruction of the facilities, other police operational assets across the country, and the killing of officers, also ordered the deployment of additional assets to support the fight against the criminals.

“Consequently, the IGP has ordered the immediate deployment of additional operational assets to complement officers and men attached to Operation Restore Peace in the South East, and other launched operations, with the aim of flushing out criminal elements who hide under the guise of aggrieved citizens to perpetrate criminal acts,” a statement issued by the Force spokesman, Olumuyiwa Adejobi on Thursday, read.

“The IGP warned that attacks on police officers in the line of duty would no longer be tolerated under whatever guise, as the Force holds the lives of its personnel sacrosanct, and such unwarranted attacks would be strictly treated in accordance with extant laws,” he added.

Adejobi quoted the IGP as reassuring of the police’s resolve to protect lives and properties in the country.

He said “it is vital to respect the lives and fundamental rights of Police officers and other security operatives, in order to enable them to advance their sacred mandate of serving and protecting the citizens better”.

The IGP’s warning followed incessant attacks on police formations across the country, especially in the South East, in recent months.

While gunmen have killed scores of officers in the region, civilians have also died due to the rising level of insecurity in the area.

Aside from police officers, other security operatives have lost their lives while public facilities including that of the Independent National Electoral Commission (INEC) were also targeted.

Although no group has claimed responsibility for the attacks, the group leading the separatists’ agitations in the South East – the Indigenous Peoples of Biafra (IPOB) – have persistently denied reports linking it to the assaults.

Several state governments in the region, notably Anambra, have launched plans to quell the rising insecurity in the South East. Governor Charles Soludo, who recently assumed office, has equally offered amnesty to the gunmen