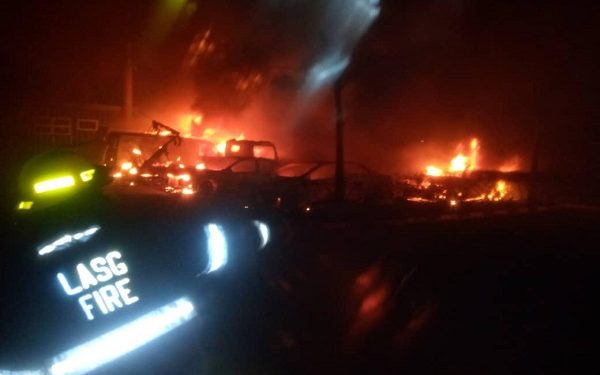 A tanker laden with fuel has exploded in Lagos causing massive fire that gutted dozens houses and shops.

The incident happened in the early hours of Friday at Alagbodo, along Lagos-Abeokuta Expressway.

Emergency officials have been deployed to the scene to control the raging inferno.

The fire started around 3am while some miscreants were scooping fuel from the fallen tanker, it was learned.