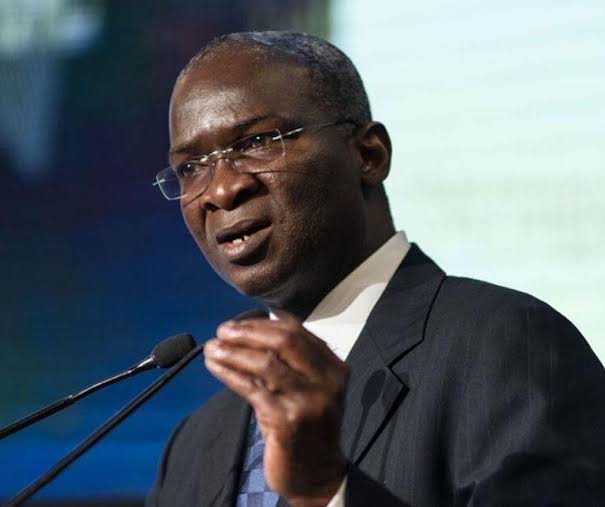 The Minister of Works and Housing, Babatunde Raji Fashola has officially inaugurated the newly appointed members of the Federal Mortgage Bank of Nigeria (FMBN) Board and Executive Management Team.

The inauguartion was done yesterday, at the Federal Ministry of Works and Housing Headquarters, Mabushi, Abuja.

Fashola urged the new oard and executive management team to work within the conceptual framework of FMBN as a specialized banking institution that was established to deliver on a specialized job of driving affordable housing for Nigerians nationwide; Group Head, Corporate Communications of
FMBN, Lawal Isa K/Sauri stated.

He advised them to confront all inherited pre-2015 liabilities resulting from the over-extension of bank’s mandate, bring to a lawful end ventures which FMBN had entered into that are not supported by law, complete reform initiatives that have started including the computerization of the Bank and work together harmoniously as a team to deliver on FMBN’s mandate.

“Your primary mandate is to reposition FMBN as a pre-eminent mortgage Bank.
“This is why you will see that majority of the Board members are either bankers by training or bankers by work experience spanning several decades. This is perhaps, the largest collection of bankers on the FMBN that I can remember in a long time.” the Minister said.

He also advised the Board and Management to promptly engage with the Central Bank of Nigeria (CBN) and ensure FMBN’s compliance with regulatory stipulations for operating as a Bank. He mandated them to work speedily to complete the over 2000 housing units at different levels of completion under the Ministerial Pilot Housing Scheme.

Furthermore, the minister expressed appreciation to the immediate past Board and Executive Management Team for their service saying their efforts cannot be forgotten.

In his response, the new FMBN Managing Director/Chief Executive, Madu Hamman on behalf of the Board members and Executive Management Team, thanked President Muhammadu Buhari for the privilege and opportunity to serve the nation.

He expressed his profound gratitude to the minister of Works and Housing for finding them worthy to serve the country in those capacities and promised that the team will work harmoniously within the framework of the Acts establishing the FMBN to reposition the Bank to deliver on his mandate.

“We are humbled and excited to be chosen to undertake this onerous responsibility. We would maintain a high level of corporate governance in line with best practices while delivering enhanced performance towards repositioning the Bank to play its primary role as the apex Mortgage Bank in Nigeria.

“We would leverage all our competencies to ensure that we restore FMBN on the path of growth and increased impact in line with its mandate and expectations of the government” Madu said.

He further added that they would count on the support of the hon. minister to achieve all the desired results at the Bank.

The Board Chairman, Mr. Ayodeji Ariyo Gbeleyi, in his remarks at the event assured the hon. Minister of Works and Housing that the Board is clear on the impact and strategic importance of housing and will work hard to deliver on the mandate bestowed on them and meet government expectations.