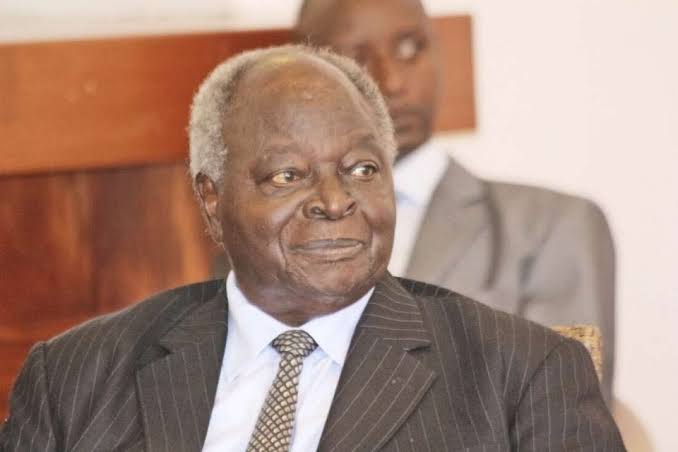 Kenya’s former president Mwai Kibaki has died at the age of 90,
President Uhuru Kenyatta announced in a statement on Friday.

Kenyatta hailed Kibaki as a “notable father figure’’ in Kenya’s history and ordered several days of
national mourning until the funeral.

Kibaki was the country’s third president after independence from Britain in 1963 and was in office from 2002 to 2013.

He was seen by many as a political and economic reformer.

His inauguration ended one-party rule in the East African country.

The Kenyan constitution was also reformed under Kibaki, presidential power was limited and decentralisation was introduced.

However, after the presidential elections in 2007, there were bloody clashes and around 1,200 people died in the process.