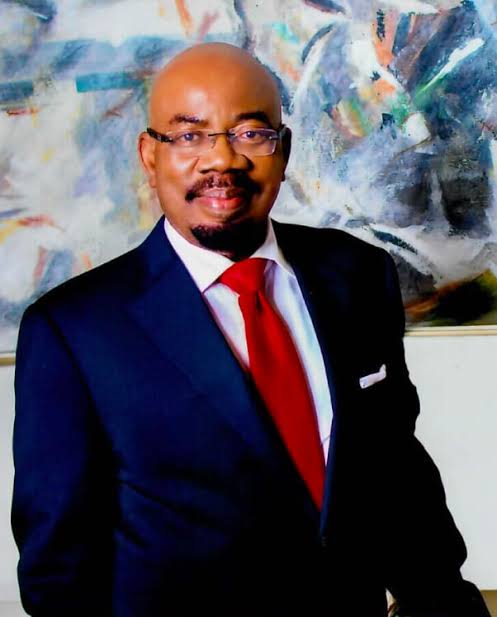 Jim Ovia was born on November 4th, 1951 in Agbor, Ika South local government area of Delta State. He is a businessman and owner of various companies such as Zenith Bank and Visafone Communications Limited. He also serves as Chairman of the National Software Development Initiative (NSDI) and National Information Technology Advisory Council (NITAC).

Ovia grew up in Nigeria where he had his primary and secondary education. He was four years when his father died and had to grow up with a resilient entrepreneurial mother who was now left with the responsibility to carry the household. After Jim’s elder brother got a job in Lagos, his contributions to the family ensured the training of Jim Ovia through elementary school. After which he attended Ika Grammar School, Bojiboji-Owa for his secondary education, before moving to Lagos to live with his brother.

He later moved to the United States and attended Southern University Louisiana, where he obtained a bachelor’s degree in Business Administration in 1977. He thereafter proceeded to the North East Louisiana University, where he obtained a Masters Degree in Business Administration in 1979. He attended the Harvard Business School for a program in Executive Management.

Jim began his career in 1973 working as a clerk with Barclays Bank, now Union Bank. From there, he moved to the International Merchant Bank under the agreement of First National Bank of Chicago where he was a Financial Analyst worked his way up to the position of Senior Manager Position in 1987. Between 1987 and 1990 he led the Corporate Finance Department of Merchant Bank of Africa under the technical supervision of Bank of America. He also worked with Baton Rouge Bank and Trust Company as a part-time computer operator.

In 1990, Ovia founded Zenith Bank and served as the Chief Executive Officer until his retirement in 2010. Under his leadership, Zenith bank became one of the largest, most profitable and leading banks in Africa. Zenith bank expanded over the years and established operations in countries outside Nigeria, such as Sierra Leone, Ghana, South Africa, the Gambia and the United Kingdom.

Ovia is founder and chairman of Mankind United to Support Total Education (MUSTE) which is a philanthropic organization that provides scholarships for the less privileged. Today some of the beneficiaries of those scholarships are acclaimed professionals in many different fields. He also founded the Youth Empowerment and ICT Foundation which is concerned with inspiring and motivating the Nigerian youth to embrace Information and communication technology to improve their socio-economic welfare. In 2018, he authored a book titled, Africa Rise and Shine: How a Nigerian Entrepreneur from Humble Beginnings Grew a Business to $16 Billion.

Ovia has received various awards such as: The Most Respected Bank in Nigeria by Price Water House Coopers in 2005; Bank of the Year by The Banker Magazine in 2005; Zenith Bank was named the most security friendly and conscious bank in Nigeria for 2005; It was ranked the Fourth biggest bank in Nigeria by the Central Bank of Nigeria in 2005, etc.

Jim Ovia is married to Kay Ovia and together they have children including Isioma Ovia.