HomeBusinessOnu urges Nigerians to embrace the full implementation of the executive order...
Business

Onu urges Nigerians to embrace the full implementation of the executive order No.5 for the sustainable growth of the country 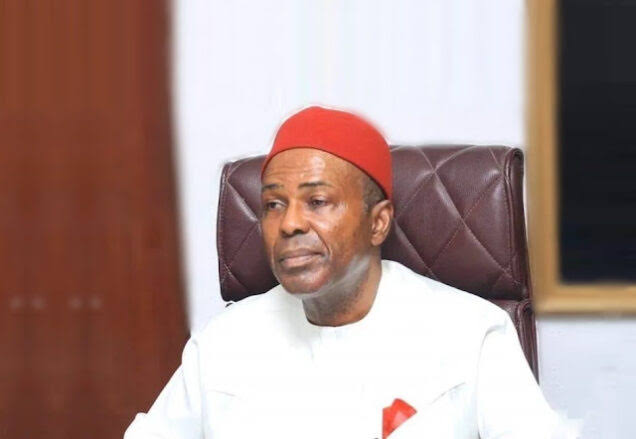 Minister of Science Technology and Innovation, Dr Ogbonnaya Onu has called on Nigerians to support and embrace the full implementation of the executive order No 5 for the sustainable growth and development of the country.

The presidential executive order No .5 was signed in February, 2018, by President Muhammadu Buhari for the Planning and Execution of Projects, Promotion of Nigerian Content in Contracts, Science, Engineering and Technology for Nigerians both at home and in the diaspora.

The Minister who made the call during his keynote address at the sensitization workshop and the launch of the complaints /appeal procedure of the presidential executive order NO. 5 which was held in Abuja said the Executive Order is a revolutionary one aimed at mandating procuring entities to give preference to Nigerian companies and firms in the award of contracts in line with the Public Procurement Act of 2007, as well as the engagement of Nigerian professionals in areas
where their requisite expertise is available, among others.

“I am happy with the efforts being made to ensure the adequate sensitization of different Ministries so as to get their buy-in. Last year, the Task Office in collaboration with some Agencies of the Ministry organised a Breakfast meeting in Lagos with Nigerian Entrepreneurs.
This was to showcase the available research and development results ready for uptake and eventual commercialization

The Minister also noted that as a result of the Executive Order, it became necessary to organize both the 1st and 2nd Strategy Competitiveness Workshop for various regulatory bodies in the country, which helped to strengthen the operations of the Small and Medium Enterprises SMEs,for the good of the country.

He expressed confidence that the Complaints/Appeal Procedure would address the various complaints in all the sectors of the economy.

He also used the opportunity to applaud the national coordinator of the Strategy Implementation Task Office of the Presidential Executive Order No. 5 and his team for their immense achievements.