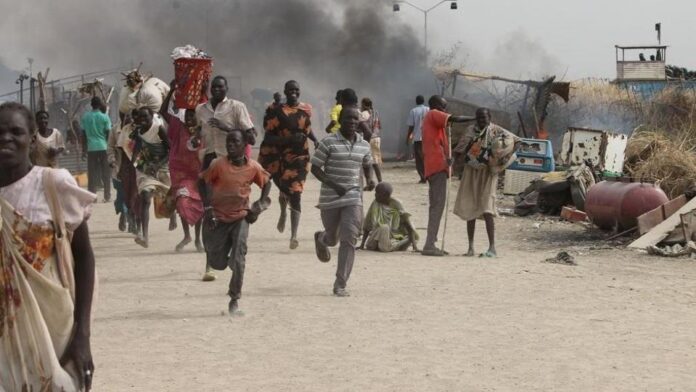 Reports said the loud explosions were heard, followed by sporadic gunshots, which lasted for about 30 minutes.

According a source, the attackers suspected to be Boko Haram/ISWAP elements launched the attack on the military formation guarding the trenches in the area.

Many people, including women and children, scampered into the city centre for safety.

Women and children were seen rushing towards the custom area, Kenanan Yobe, College of Agriculture, alongside their aged ones.

The Police are yet to react to the incident.