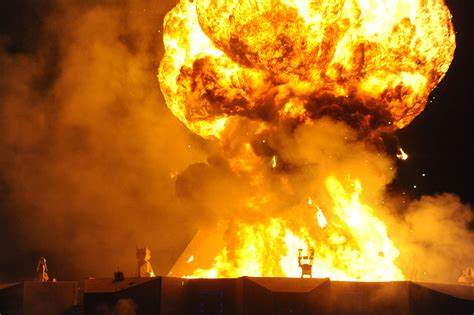 Barely three days after an explosion occurred at International Cattle Market Iware, another exploision rocked Nukkai, a suburb of Jalingo in Taraba on Friday.

The explosion happened when the entire town was in a blackout due to power outage.

Mr Hassan Danzumi, an eye witness close to the area, said that several people were injured, but no life was lost.

When Contacted, the spokesman of the Taraba police command, DSP Abdullahi Usman, confirmed the incident.