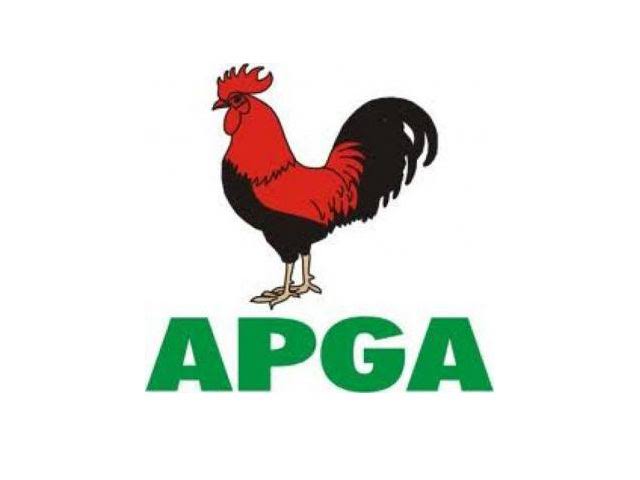 All Progressive Grand Alliance, APGA, led by Edozie Njoku, has announced the dissolution of the State Working Committee of the party in Kwara, Kogi, Lagos, Oyo, Delta, Anambra, Imo, Enugu, Abia and the Ebonyi States

Addressing journalists in Abuja, the National Administrative Secretary of the party, Okoro Benedict, said the dissolution of the working committees of the ten aforementioned states was part of the reconciliatory efforts of the party led by Njoku.

He explained that the decision was arrived at after the National Working Committee NWC meeting was attended by the party’s stakeholders.

A communique issued at the end of the NWC reads, “Following from the Supreme Court and Federal High Court judgments, the NWC met and deliberated on a wide range of issues, particularly the recent judicial pronouncements on the party, and resolved as follows;

“That the NWC passes a vote of confidence on the National Chairman, Chief Edozie Njoku, especially his conciliatory leadership style.

“That the NWC calls on INEC to expeditiously recognize the Executives that emerged from the Owerri Convention of May 31, 2019, which produced Chief Edozie Njoku as APGA National Chairman.

“That for the need for peace and genuine reconciliation, the party Executives of the following states stand dissolved; – Kwara, Kogi, Lagos, Oyo, Delta, Anambra, Imo, Enugu, Abia and Ebonyi.

“That an Adhoc Committee is hereby set up to formulate strategies to ensure that APGA sweeps the 2023 General Elections across the federation.

“That all APGA members are hereby enjoined to seize the opportunity of the ongoing INEC Continuous Voter Registration CVR exercise to register and get their Permanent Voter Cards PVCs.”