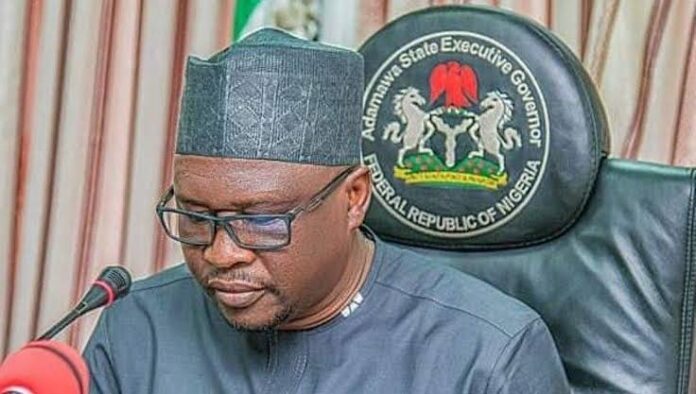 By Ibrahim mistaali in Yola

Umar Mustapha, who also holds the tittle of ‘the Otumba of Ekiti’ said the administration of the current governor has failed to address unemployment, poverty and also provide security in the state.

Addressing journalists in Yola, the APC chieftain and a well known critic of the Fintiri administration, said he will dismantle all the flyovers constructed by the current governor if he is elected as governor in the 2023 election.

According to him, the flyovers are substandard and in most cases, unnecessary, adding that the governor spent a several billions to build flyovers.

He also said if he is elected Governor, he would investigate all loans procured by Governor Ahmadu Umaru Fintiri administration and if the funds were misappropriated, he would not hesitate that those responsible are prosecuted.

The Otumba of Ekiti said he has many  forien investors who are coming to Adamawa State to invest their billions of Dollars in providing  electricity,

building better roads and water supply to the people of the State if he becomes the State Governor in 2023.

He assured that under his administration, rural roads in all Local Government Areas will be constructed, just as portable water supply will be provided to all nooks and crannies of the state.

He promised to tackle unemployment, hunger and poverty in the state.

But in a swift reaction a Senior media aide to Governor Ahmadu Umaru Fintiri, carpeted the Otumba of Ekiti, describing him as a frustrated man,  walking in a fools paradise.

The Adviser who preferred anonymity said Governor Fintiri has repositioned Adamawa State more than any other administration in the past years and all men and women of goodwill are appreciating the dividends of democracy and people oriented projects which has earned the Governor a name as Project Master in the North East of Nigeria.

He revealed that if APC makes the blunder by given Otumba of Ekiti its Governorship ticket, it would be their greatest undoing because Otumba does not have the ability or political clout to win a Local Government Area seat talk more of the governorship election.