2023: Wike and the consensus gambit 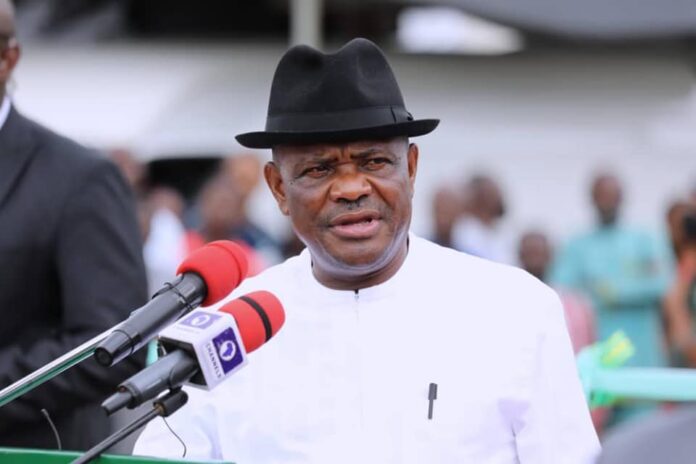 Some aspirants of the Peoples’ Democratic Party, PDP, suddenly appeared from the blues and invoked the sentiments of building a consensus political station, where, like a train terminus, they would all terminate their rides, in preference for one. Governors Tambuwal, Bala, and former Senate President Bukola Saraki and former Banker, Hayatudeen Mohammed, all became ostentatious drivers in the political landscape, in their shared determination to navigate the route to the Aso Villa in 2023. In their many junketting across the country, they tried to create the impression that all four were joined together by same political umbilical chord as the politics of 2023 gathers momentum. By a show of political naivety, they chose themselves and excluded others. They took the message to their Southern counterparts, asking for a consensus that clearly excluded the Southern aspirants, as if to rub insult on the injury. Four musketeers who are clearly running against the run of play felt a greater need to exclude those who should ask for the PDP ticket in show of justice, equity and fairness. After an all-northern contest in 2019, political pundits are dismayed at the quest of Northern aspirants wanting to ambush their Southern counterparts in the struggle for the PDP ticket.

Truth be told, when the four musketeers visited Rivers state, Governor Wike, their host, reportedly told them to be wary of their dangerous game. Wike insisted that instead of championing a self-serving consensus arrangement that seemed to exclude the real aspirants, they should rather preach unity of the country as a better discourse to calm frayed nerves. “How do you talk of consensus and exclude the aspirants from the South”, Governor Wike reportedly queried. Rather than work in a manner that suggests conspiracy against the Southern quest for 2023 presidency after a Buhari-led 8 years presidency, the four musketeers ought to be holistic, by encouraging a more robust, inclusive and participatory process that would engender a feeling of oneness among the aspirants. According to Governor Wike, it will make more political sense for the aspirants to engage and interact, more on how to salvage the country, promote unity of purpose, and reinvent the will than be detained by selfish interest of a select few from a particular part of the country, working more on conspiracies than actual consensus. It will make more meaning to encourage everyone to be involved than selectively encouraging a romance amongst the four persons. Not long, the said romance, has suddenly crashed. There are discordant tunes everywhere, which validate Governor Wike’s initial curiosity about the essence of an arrangement that was programmed to fail.

The four northern aspirants went round the country talking to PDP stakeholders and aspirants instead of delegates, without extracting any commitment. While Governor Wike was busy criss-crossing the entire country, selling his aspiration to party leaders and delegates, those four aspirants were moving round to enjoy the media razzmatazz. Beyond that, nothing concrete was evident. The South-East aspirants also held solidarity meeting, saying they too would come up with a consensus aspirant to strengthen their push for the candidature of a south-east aspirant. It is not in doubt that aspirants under the PDP seem to be working in different directions, to woo the delegates and strengthen their respective grip on their support base. From the reality on ground, Governor Wike appears more visible in taking the message to the delegates in places and states that he had visited. He has not hidden his capacity to uproot the APC from power if the ticket is given to him. He’s of the view that as a loyal party man, who has never defected from the party, the odds should favour him more than those who helped to crucify the PDP in 2015, and later returned to enjoy PDP’s magnanimity, thereafter. If the party must pay back those who helped to sustain the party, invested in ensuring that the party bounced back from its shocking defeat in 2015, Governor Wike stands in Pole position.

The collapsed consensus discourse was a deliberate ploy, ab initio, to distract the zoning arrangement of the party in flagrant disregard for Article 7, 3(c) of the PDP constitution which expressly talks about rotation of elective positions between North and South, in the spirit of equity, fairness and justice. It was not meant to achieve any tangible outcome. It was just a smokescreen to sell a dummy of a non-existent unity amongst a few individuals. Getting the Northern Elders Forum involved was a deliberate faux pas to confuse the undiscerning. And it really did the magic of confusion. For Prof Ango Abdullahi, using the NEF platform in a most self-serving manner, was the punchline to a bad joke. They chose their venue so deliberately; Minna, the home of General IBB, Nigeria’s most sought after former president. If the so-called endorsement was expected to generate positive ripples, it ended up deflating the ego of those who expected to score a political point. It confirmed Governor Wike’s earlier stance that the consensus can neither work nor invoke any serious discourse that could signpost the way to 2023. Rather than for the aspirants to take their message to the delegates like Governor Wike is vigorously doing, they are busy moving from living room to bedrooms of stakeholders to extract a consensus deal that is apparently dead on arrival.

Governor Tambuwal has disowned the purported outcome, saying he was not part of the arrangement he undoubtedly started. Alhaji Hayatudeen Mohammed has also poohpoohed the outcome as lacking in collective responsibility. Atiku Abubakar’s camp has also distanced itself from the exercise, even though it lacks the morality to so proclaim. Atiku Abubakar was a product of consensus of Northern leaders in 2010, when he presented himself for the primary election with incumbent President Goodluck Jonathan, who trounced him mercilessly. Two members of a four-member group have discredited a process that ought to be taken serious. The four aspirants have now started their delegates wooing effort, even when the final outcome of the zoning report has not been made public. Throwing open the process is against the constitution of the PDP which encourages rotation between the north and south. Should anyone take the legal route to seek interpretation of that provision, it might end up derailing the entire process of building a solid block against a behemoth APC. The PDP has an opportunity to make a good showing against a troubled APC, but that would depend largely on its ability to build internal consensus and robust engagement that is strong on equity, fairness and justice, rather than pandering to the erroneous sentiments of demographic consideration.

From all the permutations, Governor Wike seems to be more in an advantageous position than all other aspirants. Fact is, he has more Governors supporting his aspiration than others. Those who ought to team up with him in the South-South zone to make his aspiration more formidable, are playing the spoiler role. Governors Okowa and Obaseki are in cahoot to hurt the flow of Wike’s candidature. Both Governors are scrambling to be running mate to any Northern candidate against the normative order. Governor Diri of Bayelsa State is also not showing enough visible endorsement of Governor Wike like the Oyo, Enugu and Abia Governors have shown. For a PDP which is stronger in the South than in the North, parading 8 elected Governors as against 5 in the North, the Southern zone ought to be on the driver’s seat in the negotiation on who represents the party in 2023. When you have Governors like Okowa and Obaseki, who are neither contesting nor showing open support for any aspirant, it becomes a matter of black sheep in the south-south family of the PDP. No matter how some Northern aspirants want to stretch the narrative, 2023 is the turn of the Southern part of the country. It is the surest way to heal the wounds of nepotism and selective amnesia which has dominated Buhari’s presidency in the last 7 years.

A sense of inclusion is key in stabilising all the political factors across the geopolitical zones. The PDP must be seen to adhere to its own constitutional provisions without bending its moral compass. When there is no fairness and justice, it breeds instability. We cannot afford to be preparing for a contest with APC and dominate our discourse with ashes of injustice and lack of fairness. Let those Northern aspirants simply reciprocate the goodwill that was extended to them in 2019. Governors Okowa and Obaseki should bury their pride and speak out for the Southern zones. Their deliberate silence will hunt them in time to come. Surely.