HomeGlobal NewsBlinken says US will return diplomats to Ukraine during meeting in Kyiv,...
Global News

Blinken says US will return diplomats to Ukraine during meeting in Kyiv, official says 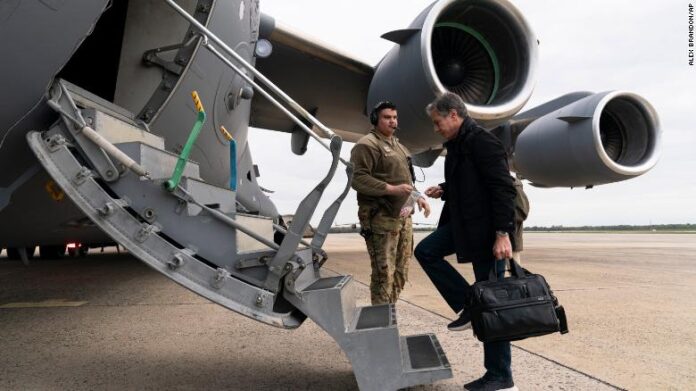 US Secretary of State Antony Blinken said during an unannounced trip to Kyiv on Sunday that US diplomats would return to Ukraine this week, a senior State Department official said, characterizing the move as a strong message of solidarity from the United States.

Blinken and Defense Secretary Lloyd Austin traveled to the Ukrainian capital, where they met with Ukrainian President Volodymyr Zelensky and other Ukrainian officials, making them the highest-level US officials to have traveled to the country since the Russian invasion began in late February.

As part of the resumed US diplomatic presence in Ukraine, diplomats will “start with day trips into the Lviv” and “will graduate to potentially other parts of the country and ultimately, to resume presence in Kyiv,” the senior State Department official said.

Share
Facebook
Twitter
Pinterest
WhatsApp
Previous article
US “doing everything we can” to get Ukraine what it needs as fight evolves: Defense Secretary Lloyd Austin
Next article
France’s Macron beats Le Pen to win 2nd term