HomeCelebrating Abraham Kwaghngu, an epitome of loyalty and philanthropy @ 55
Featured

Celebrating Abraham Kwaghngu, an epitome of loyalty and philanthropy @ 55 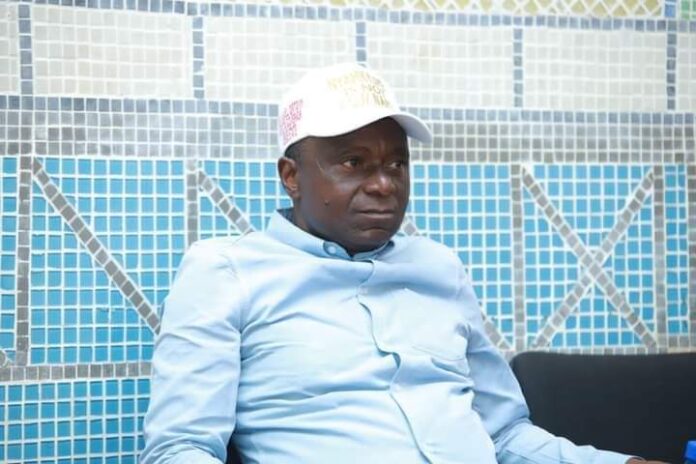 Birthday anniversaries are one of those events that afford one the opportunity to appreciate God for His faithfulness and mercy upon our lives. Only God grants long life, good health and enduring prosperity.

On Monday, April 25th, 2022, Abrahams Kwaghngu, the Principal Special Assistant to the Benue State Governor clocks the age of 55. An age that abundantly qualifies him as an elder with a youthful energy, disposition, vibrancy and positive outlook on life. Born in Kwaghngu Atebawa Village, Mbagen in Guma Local Government Area of Benue State, Kwaghngu displays a rare combination of elderly wisdom and youthfulness as a lifestyle. Since an elder begins at 50, Kwaghngu cuts a dignified yet youthful appearance and rich in wisdom, a combination that endears him to both the youth and the elderly

This humble son of Nongov in Guma and Benue is a politician that people described as a forthright man who does not shy away from calling a spade a spade. As a top politician and key player in the political power structure of Benue State, he never allows his privileged position of serving his Boss and mentor, Governor Samuel Ortom to negatively influence his relationship with others. The Governor’s trusted aide is a man of uncommon intelligence who in the chaotic nature of his job still maintains high level of composure.

He is blessed with organizational and mobilization skills. His academic background as a Mathematician perhaps inspired his analytical skills.  At the beginning of Dr. Samuel Ortom’s Gubernatorial project in 2012, Abrahams Kwaghngu played tactical roles in the formation of the Samuel Ortom Governorship Campaign Organisation. He served as the administrative secretary of the 3-member group comprising Hon. Terwase Orbunde and Michael Gusa, Esq. This group would later expand and transformed into the Samuel Ortom Campaign Council comprising many political stalwarts, chieftains, technocrats and even religious personalities that helped put in place the political strategy of the Samuel Ortom campaign. Throughout the hectic electioneering period, Abrahams Kwaghngu was a ‘recurring decimal’ actively playing critical roles in helping to navigate the Samuel Ortom Campaign ship at times through political storms while promoting his principal’s vision which God eventually endorsed with victory in April 2015 and again in March 2019 leading to the re-election of his Principal.

A veteran politician who avoids the spotlight, Hon. Kwaghngu was elected into the Benue State House of Assembly in 1997 in a landslide victory to represent Guma State Constituency but his inauguration was truncated by the regime of the late military dictator, Gen. Sani Abacha who dissolved some democratic institutions such as the Parliament. Aside being a grassroots politician, Kwaghngu also has a multi-ethnic and multi-religious acceptance. His relationship with others is not guided by ethnicity or religious leaning despite being a devout Catholic. This explains why his friends and associates are made up of people of different tribes, religion and social status. Given the position he has attained as a successful technocrat, politician and public servant, he has eminently earned the right as an elite and does not parade his elitist status. His position as a close confidant of Governor Ortom as well as his association with political power brokers would permit him to distance himself from economically disadvantaged persons as he also sees himself as an ordinary Nigerian privileged by God through his Principal to serve others.

His residence in the North Bank area of Makurdi gives an impression of a political event centre. His humble nature, and his penchant to help the needy and less privileged enable him to attend to almost everyone before leaving to serve his principal, Governor Ortom. Such is the level of his large heartedness that aside attending to the multitude of visitors, friends, associates, top government functionaries and Party chieftains who ‘invade’ his home every morning, his amiable wife never fails to provide meals and drinks to visitors to their home. He has deliberately waved away the right to home privacy in favour of attending to people from diverse walks of life in search of one favour or the other, for consultations and at times serving as a bridge between others and the Benue State Governor.

This is wishing the man of the people, a happy 55th birthday with prayers to God to grant him long life, good health, wisdom and prosperity.