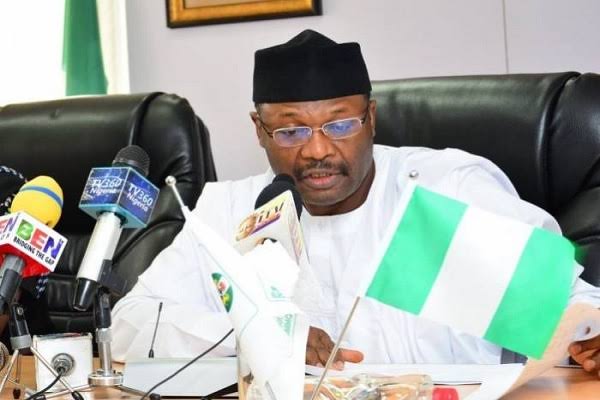 Independent National Electoral Commission, INEC, has announced the suspension of Continuous Voter Registration exercise in some Local Government Areas of the country, following the spate of attacks on its facilities and personnel.

Chairman of the Commission Prof Mahmood Yakubu, made this known over the weekend, during the second regular quarterly Consultative meeting with Resident Electoral Commissioners, RECs, at the Commission’s headquarters Abuja.

According to him, since the CVR exercise resumed on 11th April 2002 for the fourth and final quarter, there is a noticeable increase in the number of new registrants, but stressed that the INEC is worried over the attacks on its personnel and facilities.

In his words: “We are concerned about the safety of our personnel and Nigerians who come out to register at the various registration centres. We are also concerned about the security of our equipment and materials, including the printed Permanent Voters Cards, PVCs, made available for collection by registered voters.”

“Following the unfortunate incident in Imo State last week, the Commission suspended the CVR exercise in all the 54 additional centres in the State. The exercise is now restricted to our State and Local Government offices except Ihitte Uboma, Njaba and Osu where the exercise has been suspended for the time being. Similarly, based on the urgency of the situation in Anambra State, the CVR has been suspended in all the 42 additional centres and confined to our State and Local Government offices except Nnewi South and Ogbaru LGAs where the exercise has also been temporarily suspended. Furthermore, in Kaduna State, the exercise has been suspended in Jema’a and Kaura as well large areas of Birnin Gwari and Giwa on account of insecurity in the four LGAs. In addition, two of our staff were abducted by bandits but later released in Isa LGA of Sokoto State while on voter registration duty,” Yakubu said.

He maintained that despite the security challenges, INEC must remain resolute in its determination to conduct the 2023 General Election as scheduled.