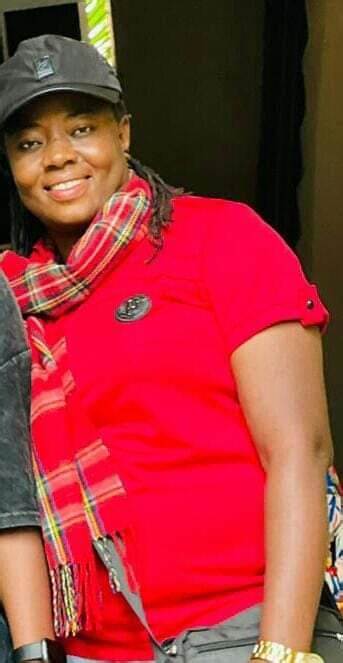 This is contained in a statement made available to newsmen on Sunday in Akure by the Media Officer of Sunshine Queens Football Club, Femi Atolagbe.

According to the statement, the remains of the late Sunshine Queens’ Goalkeeper, Elizabeth Johnson (Janded), was buried at her residence in Ilorin, Kwara State, on Saturday.

Ogunja, who frowned at the absence of representative the NFF and the NWFL at the burial of the former national team player, said she deserved national recognition.

“Elizabeth Johnson Black had served Nigeria at both Super Falcons and Falconets levels, she deserved national recognition. It’s undeserving not to have the representatives of the two bodies here today,” he said.

According to the statement, players and officials of the team, led by Mr Tunde Ogunja, were on ground to pay their last respects to the ex-international who died on Feb. 19.

Ogunja, who led the group delegated by the Ondo State Government to the ceremony, urged the family to take solace in the fact that God giveth and taketh.

“Our Governor, Arakunrin Oluwarotimi Akeredolu, his Deputy who is the Chairman Management Committee of the Club, Hon. lucky Aiyedatiwa, and the entire Ondo State people sympathised with the family,” he said.

Responding on behalf the family, Princess Pat Osim thanked the Ondo State government and management of Sunshine Queens for living up to their words not to abandon the family of the deceased.

“We thank you very much, our sister did not die she only went to rest, we pray God to grant you safe journey home, may God protect all her team mates,” Osim said.

The funeral conductors, Pastors Joseph Omolaye and Akintunde Akintoye, from Living Faith Church, in Ilorin, admonished friends and family at the ceremony to live an impactful live like Elizabeth Johnson did.

“Let people say good things about you as we are hearing from people about the deceased, It’s not how long you spent on earth but how you impact the life of people around you, she has finished her purpose in life, let us do good,” he said.

Also, the husband of the deceased, Mr Otos Black, said: “death where is thy sting, you took my better half, my sister, my friend and companion, we will meet at the bosom of our lord where death will part us no more.”

An ex-international player, Amarachi Kayode-Emmanuel, who plied her trade in Azerbaijan alongside Janded, said the goalkeeper was a woman everyone would love to associate with.

Elizabeth Johnson was born in Kogi State, started her football career with Oladimeji Tigress in Kwara State, she joined Delta Queens in 2004 before moving to Baku, Azerbaijan, in 2007.

She returned to Nigeria in 2010 and played for Bayelsa Queens for four years, she left the Yenegoa side for Sunshine Queens in 2014 where she plied her trade till she breathed her last.

Johnson had over 70 caps for Nigeria National team, Super Falcons and Falconets, featuring in the 2004 World Championship in Canada, Africa Cup of Nations/Olympic Games.

She won the Azerbaijani league, African Womens Nations Championships and Federation Cup with Sunshine Queens in 2015.

She is survived by her Delta-born husband, mother, brothers and sisters.