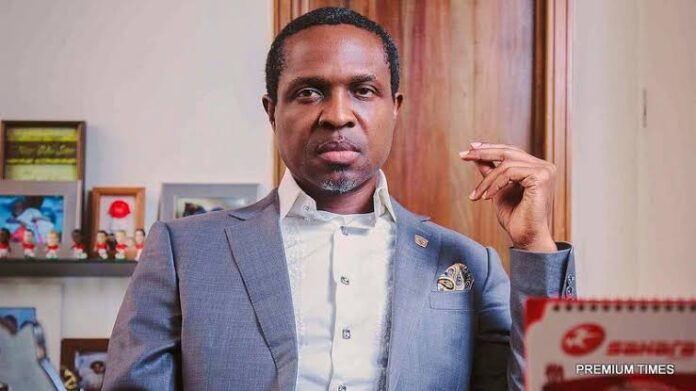 Immediate past Senator representing Rivers South East in the National Assembly, Barr Magnus Ngei Abe, has called for the rejection of Tony Cole, as the consensus candidate of the All Progressives Congress, APC, in next year’s governorship election in Rivers state.

Abe who gave the warning yesterday in Okrika Local Government Area LGA, said the emergence of Cole is the handiwork of Transportation Minister, Hon Chibuike Rotimi Amaechi who he accused of trying to “sell the soul of the state”

He said, “We are here to inform you that the soul of our dear state is at stake. The red flag is up, hence danger is looming. We can’t sell the soul of Rivers State.

“Tony Cole bought our Transformers, the Olympia hotel. If he comes back, they will sell the entire state. The Minister started the process of his imposition for the second time, by scheming out those, who worked with him, only to go and bring for the second time a person from Lagos to come and govern us.

“I urge you to stand with me against the conspiracy against our state. Tonye Cole does not know Rivers State, and Rivers State does not know him. We don’t want a distant governor. If however Amaechi wants him to be our governor, he should first of all return all our property Amaechi sold to him, while in government”

Abe maintained that, if at a free, fair and credible primary election, Rivers APC chooses a candidate they consider better than him, he will abide by the decision of the party and support the candidate that emerges.

He also vowed to resist any form of Kangaroo primary election that negates the principle of justice and fair play. The gubernatorial aspirant observed that disagreement is common in political parties, but what is alien, he noted, is hatred.