SERAP drags Buhari, others to court over 72m blocked SIMs 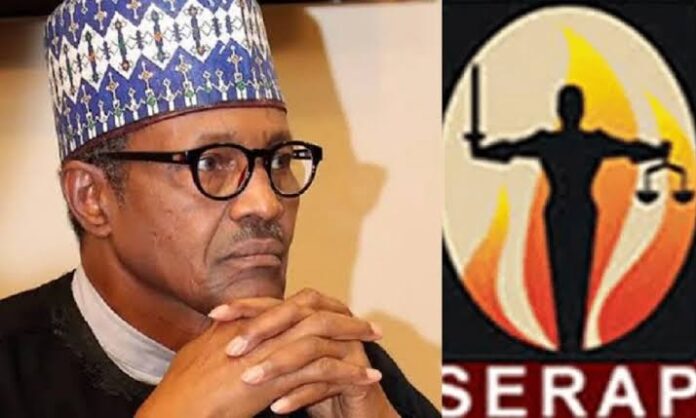 Socio-Economic Rights and Accountability Project, SERAP, has filed a lawsuit against President Muhammadu Buhari over the failure to unblock the phone lines of over 72 million telecommunication subscribers barred from making calls on their SIMs.

According to the organisation, the suit followed the recent directive by the Federal Government to telecommunications companies to block outgoing calls on all unlinked lines, as the deadline for the verification expired on March 31. And that sequel to the directive, over 72 million subscribers has now been barred from making calls.

In the suit number FHC/L/CS/711/2022 filed last week at the Federal High Court in Lagos, SERAP is seeking: “an order setting aside the directive by President Buhari to telecommunications companies to block outgoing calls on all unlinked lines without due process of law, and for being inconsistent with the requirements of legality, necessity and proportionality.”

SERAP is also seeking “an order of perpetual injunction restraining President Buhari and the Minister of Communication and Digital Economy, Isa Pantami from unlawfully directing telecommunications companies to block outgoing calls on all unlinked lines, without due process and in violation of Nigerians’ human rights.”

The organisation in the suit maintained that directing and compelling the Federal Government to unblock the phone lines unlawfully barred would be entirely consistent with the Nigerian Constitution 1999 (as amended), and the country’s international obligations to respect, protect, and promote socio-economic rights.

It added that where agencies of government are allowed to operate at large and at their whims and caprices in the guise of performing their statutory duties, the end result will be anarchy, and authoritarianism, leading to the loss of the much cherished and constitutionally guaranteed freedom and liberty.